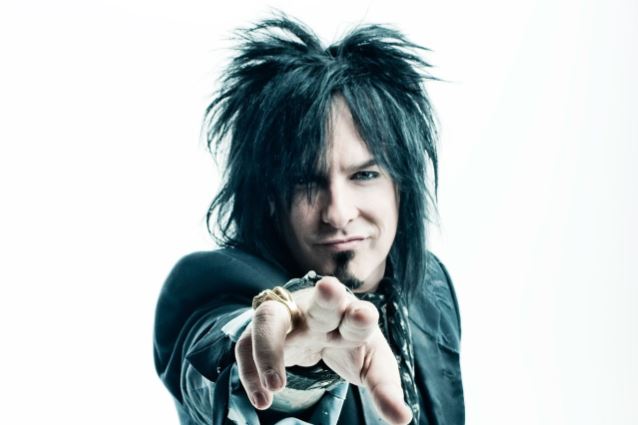 As part of the agreement, Downtown will also represent Sixx's Neighbouring Rights and will continue to administer his non-MÖTLEY compositions, including those from his group SIXX:A.M. Their fourth studio album, "Prayers For The Damned", was released in April on Eleven Seven Records. The album debuted at #2 on the rock charts in the U.S., hit Top 5 around the globe, and landed in the Top 20 on The Billboard 200 chart. The album's first single "Rise", peaked at #5 on Billboard's Mainstream Rock Chart.

Having worked with Sixx since 2009, Downtown has helped elevate his song catalog through key brand partnerships and sync licenses with the likes of Coldwell Bankers, Dodge, Yahoo! and Sprint, as well as a major Superbowl campaign for KIA that featured the band as on-screen talent.

The agreement comes on the heels of the band's 35th anniversary and the conclusion of their farewell tour, which grossed nearly $90 million and saw the band performing on five continents.

Of the announcement, Sixx said: "Moving from an old-school publisher with millions of songs to a creative, technology-driven shop like Downtown was smart business. We've had an incredible seven years together and I'm thrilled to continue to have them as my partners."

Andrew Bergman, COO and general counsel of Downtown, said: "As one of Downtown's earliest administration clients, Nikki gave our team an opportunity to prove what a modern music publisher can bring to the table. We are honored that he's now selected Downtown to manage his MÖTLEY CRÜE catalog for the long-term and continue our very productive relationship together."

Sixx is the co-founder, bassist, and principal songwriter of MÖTLEY CRÜE. Formed in 1981, MÖTLEY CRÜE has released nine top-selling albums, which sold more than 50 million records worldwide, including the six-times-platinum "Dr. Feelgood" and the four-times-platinum "Shout At The Devil"; "Girls, Girls, Girls"; and "Theatre Of Pain". The band's New York Times best seller book, "The Dirt", is currently being adapted into a motion picture by noted director Jeff Tremaine. Sixx also topped the New York Times best seller list for more than six months with his autobiography, "The Heroin Diaries". The book's soundtrack, performed by his group SIXX:A.M., spawned the hit song "Life Is Beautiful". He's a photographer, a philanthropist, the co-founder of the rock couture fashion line Royal Underground, and has his own syndicated radio show, "Sixx Sense".