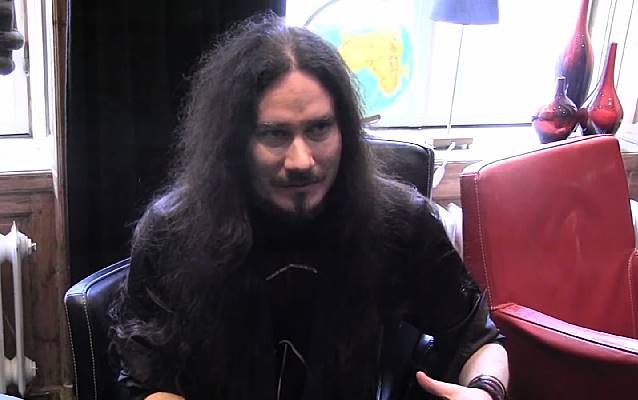 Tuomas Holopainen — the keyboardist and main songwriter of NIGHTWISH — recently answered ten questions for Sweden's Rocksverige web site. You can now watch the question-and-answer session below.

Holopainen spent most of 2013 writing and producing his solo album based on a graphic novel called "The Life And Times Of Scrooge McDuck", written and illustrated by Don Rosa.

Pip Williams did the orchestral arrangements for the "Life And Times Of Scrooge" disc, continuing his collaboration with Tuomas after the NIGHTWISH records "Once", "Dark Passion Play" and "Imaginaerum".

The recordings took place during August - October 2013, first at Angel Studios in London, then in various locations around Scotland and Finland.