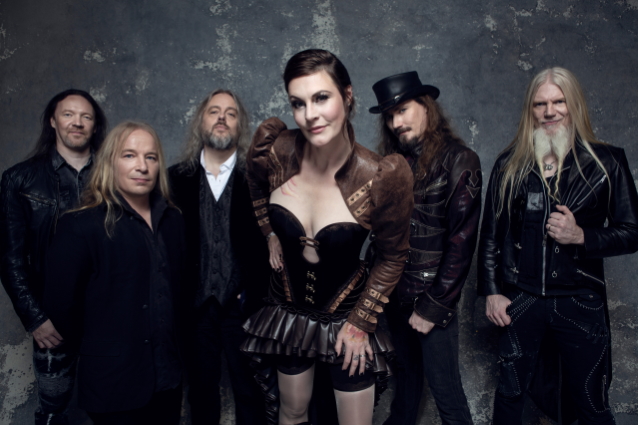 NIGHTWISH's new album, "Human. :II: Nature.", has debuted in the Top 10 in more than a dozen countries, including Finland, Germany, Canada, Austria, Hungary and Switzerland.

The LP has registered the following first-week chart positions:

"Human. :II: Nature." was released on April 10 via Nuclear Blast. The long-awaited follow-up to 2015's "Endless Forms Most Beautiful" is a double album containing nine tracks on the main CD and one long track, divided into eight chapters, on CD 2.

Speaking to Germany's Rock Bottom, Holopainen said about "Human. :II: Nature.": "The original idea was not to do a double album. We thought we can fit all the material on one album, but since a CD only takes about 78 minutes of material and the album is 83 minutes long, or something like that, we had to split it into two discs. Which ended up being a brilliant decision, because now it even makes more sense when you think about the dynamics of the album. It's 'Human. :II: Nature.'. And the first nine songs are all about humans telling stories about humanity, human nature, about other humans, with a human voice. Then, after that, you flip the disc and go into the nature for half an hour for some instrumental escapism. So that's the 'nature' part of the album."

NIGHTWISH's new album marks the band's second full-length effort with Dutch singer Floor Jansen, who has been touring with the group since 2012. 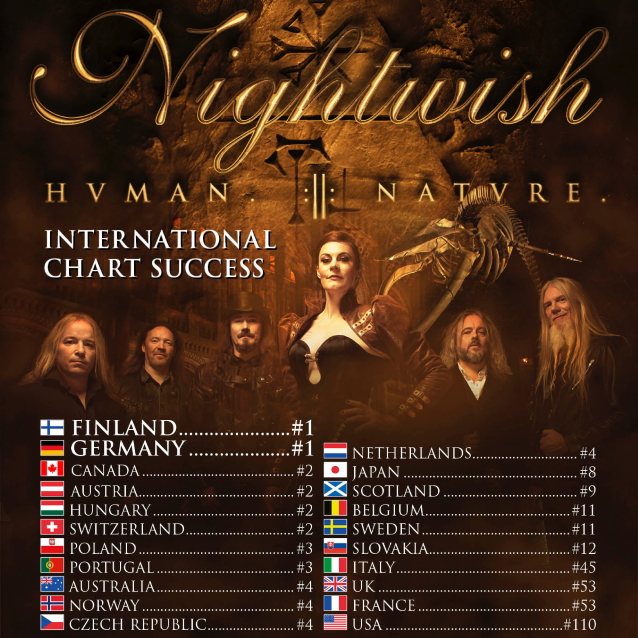