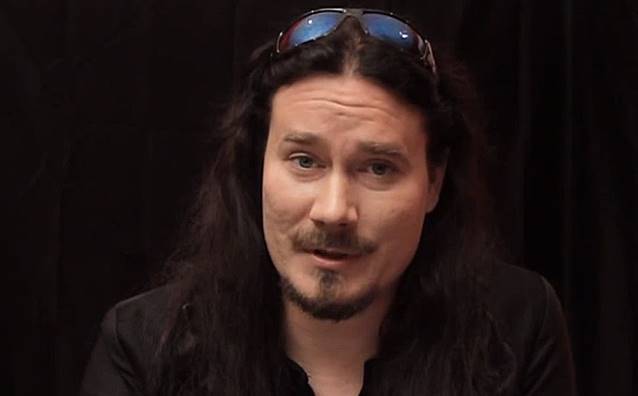 Tuomas Holopainen of NIGHTWISH recently spoke to U.K.'s Metal Hammer magazine about the lineup changes and the future of the band. Check out the clip below.

Said the band in a statement: "Originally we were going to wait until 2014 to make a decision about the future lineup of the band, but the past year has clearly shown us that Floor and Troy are perfect matching pieces to our puzzle, and we are really grateful of the bond that has grown between all of us."