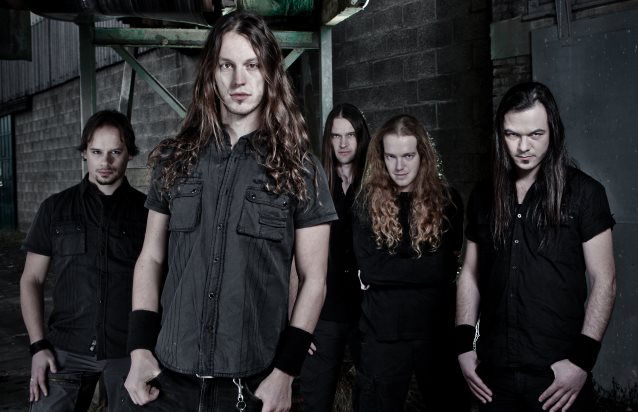 MAYAN — the band featuring EPICA guitarist/songwriter Mark Jansen alongside Jack Driessen (ex-AFTER FOREVER) and Frank Schiphorst — recently entered the studio to begin recording 11 new songs for its sophomore album, tentatively due in January 2014 via Nuclear Blast Records. The concept for the CD is based on "the current state of the world which is going totally insane," according to a press release. "For example the explosive situation in Syria, governments who constantly accusing each other of lying, spying and using tricks to revoke their own population." As a very special guest, Floor Jansen, singer of both REVAMP and NIGHTWISH, will contribute her enchanting voice.

Says Mark Jansen: "I am very happy with the songs.

"The first album was one big (cool!) experiment, but I have the feeling that the new material is more coherent and in balance.

"The philosophy of MAYAN is to let things happen intuitively and be totally open-minded for each other’s ideas. This resulted in music that I can't stop listening to myself!"