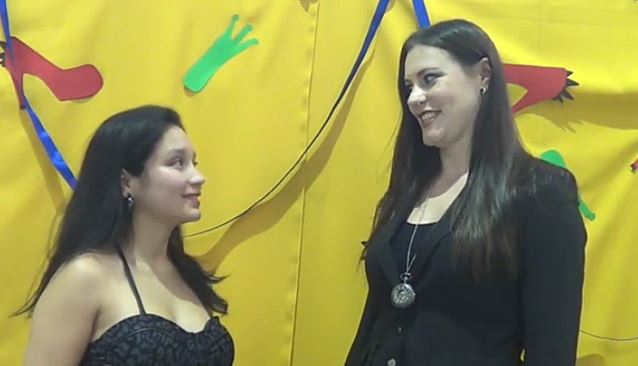 Metal-And-Highheels.com conducted an interview with NIGHTWISH and REVAMP frontwoman Floor Jansen on October 20 at this year's edition of the Metal Female Voices Fest at Oktoberhallen in Wieze, Belgium. You can now watch the chat below.

Jansen was officially named the new lead singer of NIGHTWISH in early October. She commented in a statement: "Words cannot describe what I feel! This union is beyond everything, and I cannot tell you how wonderful it is to continue this amazing journey with my new brothers!"