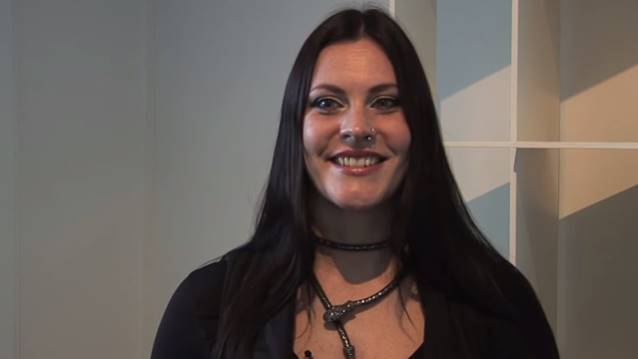 The latest episode of "Radioactive Metal" features an interview with Dutch singer Floor Jansen (NIGHTWISH, REVAMP). You can now listen to the chat using the audio player below.

NIGHTWISH keyboardist/mainman Tuomas Holopainen recently spent two and half weeks in Hattula, Finland with the band's producer/crew member Tero "TeeCee" Kinnunen recording a demo of the songs that will appear on NIGHTWISH's next studio album. If everything goes according to plan, the CD will be completed by the end of January 2015.

Tuomas said: "It's still too early to analyze the material more closely, but the album will once again explore all the ends of the spectrum, bringing the very best out of the newcomers Floor and [English composer and multi-instrumentalist] Troy [Donockley; uilleann pipes, low whistles, vocals]. And stealthily the album ended up having a theme running through it."