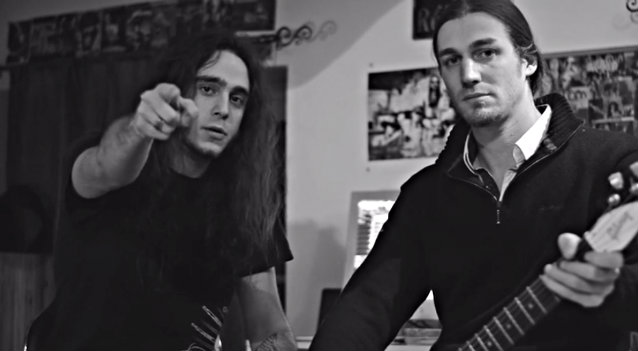 French power metallers NIGHTMARE are in the studio recording their new album, "The Aftermath", for a 2014 release via AFM Records.

The first in a series of video clips featuring footage from the recording sessions can be seen below.

NIGHTMARE's last album, "The Burden Of God", was released in May 2012 through AFM Records. The CD was laid down at the Peek studios in the south of France with producer Patrick Liotard.

"One Night Of Insurrection", the first-ever live DVD/CD from NIGHTMARE, came out in February 2011 via AFM Records. The set was filmed/recorded in Grenoble, France and contains NIGHTMARE's special 30th-anniversary show, including guest appearances by the band's former members. Also included us footage of NIGHTMARE's performance at Summerblast in Israel.