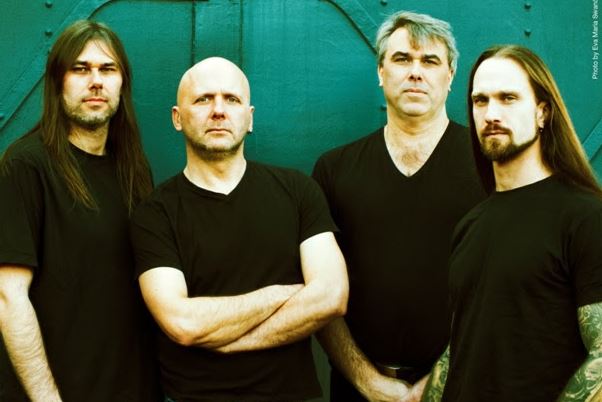 Sweden's NIGHTINGALE will release its seventh studio album, "Retribution", on January 27, 2015 in North America via InsideOut Music. The follow-up to 2007's "White Darkness" features artwork by Travis Smith (OPETH, NEVERMORE, KATATONIA) and the music should appeal to fans of bands like RUSH, MARILLION, STYX, KANSAS, THRESHOLD, and even OPETH and KATATONIA.

NIGHTINGALE was established by musical multi-talent and producer Dan Swanö (EDGE OF SANITY, WITHERSCAPE) almost 20 years ago and in the good tradition of the band — which is completed by Dan's brother Dag Swanö (guitars, keyboards), Erik Oskarsson (bass) and Tom Björn (drums) — the new album once again showcases a fabulous and timeless hybrid of different musical styles. From atmospheric metal to catchy AOR and melodic prog, "Retribution" offers an amazingly broad variety of moods and always tuneful songwriting skills.

Dan Swanö, who hands vocals, guitars and keyboards for NIGHTINGALE, commented on "Retribution": "We started putting material together for this album around 2008, but out of all those songs, only two made it to the album.

"I felt that, unless it is the best possible NIGHTINGALE album, where every song on the album easily could replace any song from our previous albums, there was no point in making a new album at all.

"During the writing of the WITHERSCAPE debut album, I wrote a lot of stuff that would work better on a NIGHTINGALE album, and before I knew it, I had the skeleton for a lot of potentially awesome NIGHTINGALE songs!

"It was important that the new material had the vibe of the older albums, yet with a better production and performance.

"I am very confident that all the NIGHTINGALE fans will love 'Retribution' since I made sure I felt the same rush inside me when I listened to the tracks that I did upon listening to the finished version of our most famous tracks from the past!"

Mikael Åkerfeldt of OPETH stated about NIGHTINGALE: "As far as I'm concerned, Dan Swanö is one of my earliest mentors. He's one of the most musical persons I know and has taught me a lot, especially when we were working together.

"Been following NIGHTINGALE with interest. His evolution as a vocalist and songwriter has really come to life in this band more than in any of his other projects. My favorite traveling music together with THE WHO... And he doesn't even know this! 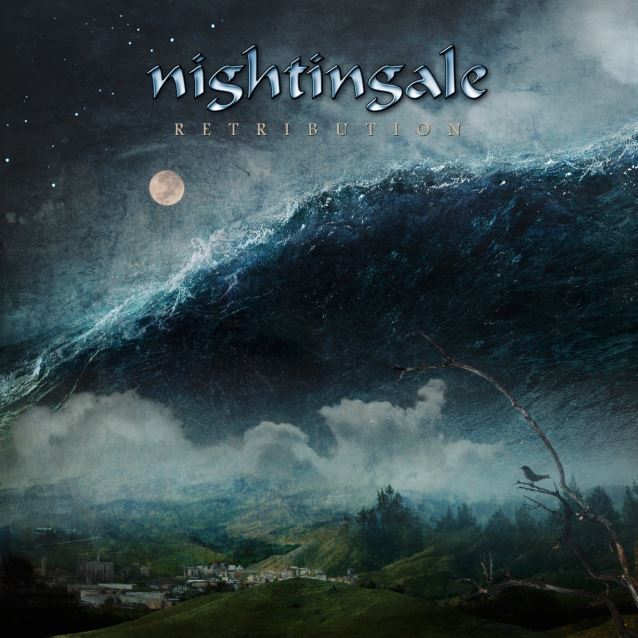