Multi-platinum, chart-topping rock band NICKELBACK is set to hit the road this summer on the colossal headlining "Feed The Machine" tour, announced today. Produced exclusively by Live Nation, the "Feed The Machine" tour will begin on June 23 in Noblesville, Indiana, with 44 dates across North America including stops in Detroit, Los Angeles, Chicago, Toronto, Vancouver, and more. DAUGHTRY will join NICKELBACK as their special guest for all of the U.S. dates, as well as Toronto and Montreal, while SHAMAN'S HARVEST will be seen on all dates. Rock And Roll Hall Of Fame icons CHEAP TRICK will be special guests for the western Canadian leg of the tour.

Tickets for the "Feed The Machine" tour will be available beginning with a fan club presale on Monday, February 6 at 10 a.m. local venue time on the Live Nation app and at LiveNation.com. Fans who pre-order the new album today from the band's official store will receive a code for early access to tickets as well as an instant-grat of the first single, "Feed The Machine". General on-sale begins Saturday, February 11, with four-packs available for $80.00 in select cities.

NICKELBACK is currently in the studio putting the finishing touches on their ninth album, "Feed The Machine" (BMG)¸ set for release on Friday, June 9. Written by NICKELBACK and co-produced with Chris Baseford (SLASH, SHINEDOWN), "Feed The Machine" is a defiant rock anthem featuring blistering guitar riffs and face-melting rhythm tracks. Watch the lyric video for it below.

In June 2015, NICKELBACK canceled the majority of its tour dates in support of the band's eighth album, "No Fixed Address", so that singer Chad Kroeger could recover from surgery to remove a cyst on his vocal cords.

NICKELBACK filed a $13 million insurance claim with Lloyd's of London after scrapping the tour. But Lloyd's sued to cancel the singer's insurance, alleging that Kroeger already had the throat condition and failed to disclose it before taking out the policy.

Last year, NICKELBACK countersued Lloyd's, claiming that the firm is making false allegations about the band so that it doesn't have to pay out the claim. 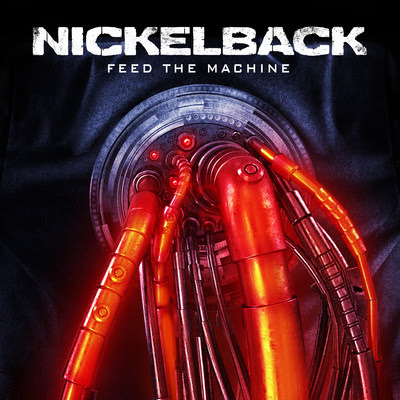 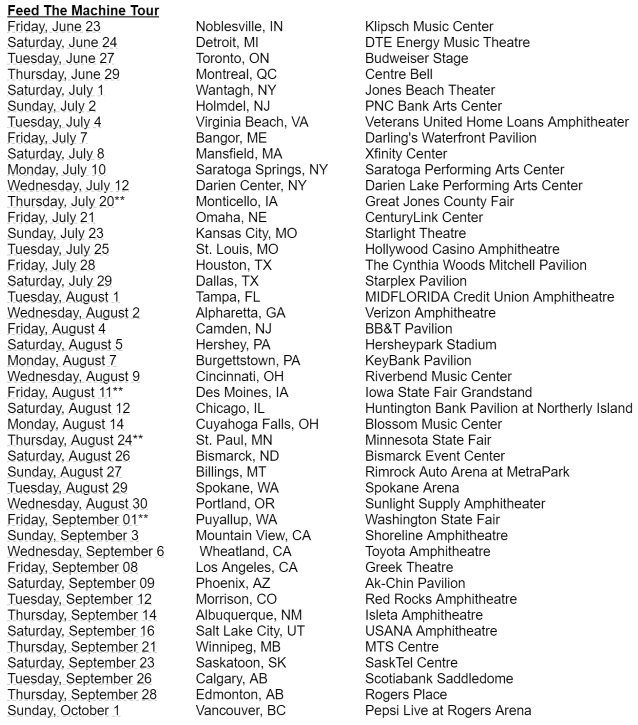