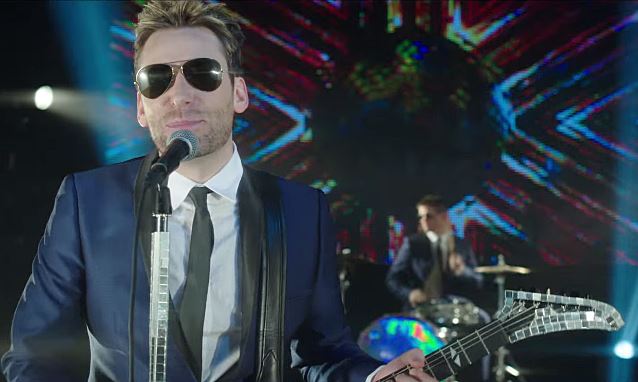 NICKELBACK has released a video for "She Keeps Me Up", the second single from the band's latest album, "No Fixed Address". The song is one of the album's more experimental tracks, which frontman Chad Kroeger told The Pulse Of Radio was part of the plan this time. "We just want to try something we've never done before," he said. "I mean, up 'til now, we've always just tried to be heavier with the rock songs and more melodic with the melodic songs and now it's, 'Okay, not everything has to be left and right. Why can't we go forward and back a little bit?' So we tried to get a little funky, and so far, you know, everything that we've heard coming back from 'She Keeps Me Up' has been very positive."

"No Fixed Address" sold around 80,000 copies in the United States in its first week of release to land at position No. 4 on The Billboard 200 chart. The CD arrived in stores on November 17, 2014.

Kroeger told The Pulse Of Radio that title of the album was inspired by the way it was recorded. "We kind of did it all over the place," he said. "I mean, we were in Vancouver, we were in L.A., we were in Maui, we had a portable rig with us on a European tour and we were recording stuff there. So I mean, that's why we've titled the album 'No Fixed Address'."

The band launched a six-month North American tour on February 14 in Allentown, Pennsylvania.