Rev. Thomas Thorn of ELECTRIC HELLFIRE CLUB will make a guest appearance on the new album from the Chicago-based gothic metal band URN entitled "Scribings of a Forgotten Soul". URN frontman Dominic St. Charles played guitar and did backing vocals with the ELECTRIC HELLFIRE CLUB back in late 1999 to 2000 around the "Witness of the Millennium" album and the touring cycle in support of the CD and he and Thorn have remained very close over the years.

The drum tracks for URN's new album were recorded at the Chicago Recording Company with producer/engineer Dan Precision (RISE AGAINST, NAKED RAYGUN). The band is currently working at DarkWind Studios in Chicago with Connie Bergmann, who previously collaborated with the group on URN's critically acclaimed 2006 release "Dancing with the Demigods".

"Scribings of a Forgotten Soul" will be a concept album based on a true story of several individuals that were in St. Charles' life that were directly involved in a prison riot at state correctional facility near the town where he attended high school. "Think of it as a 'Law & Order' approach to the story we are telling here," he explained. "Of course, all of the characters are completely fictitious and do not represent any person living or dead. It was a major event that shook my community at the time and my best friend's father was the night shift supervisor. So a couple of months before it happened, he took a group of me and my friends on tour of the prison at 2:30 a.m. (we thought it would be interesting to do). The experience of seeing all that was going on from the inside from many perspectives, the prisoners, the guards, etc., ended up being highly enlightening for me. So when the riot broke out, it was hitting very close to home and I had been doing a good bit of writing at the time and decided to chronicle these events. So in essence, that is what this album is about a fictional depiction of this event."

"Scribings of a Forgotten Soul" will feature an additional guest appearance by Jape Peratalo of Finland's melancholy rock outfit TO/DIE/FOR. An early 2009 release via Rotting Corpse Records is expected.

URN will take a quick break from the recording process and perform as local support at the CRADLE OF FILTH/SATYRICON show at The Rave in Milwaukee on Saturday, January 24, 2009. 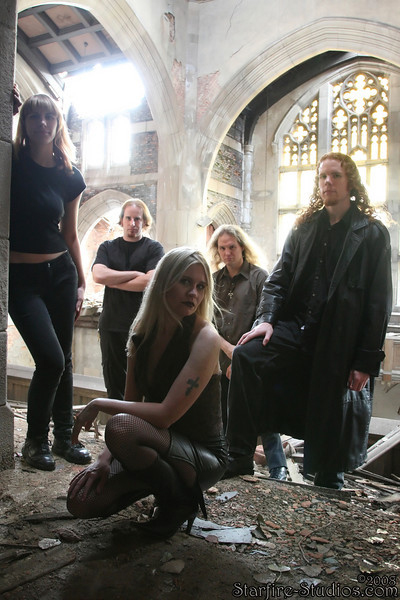