"Black In Mind" is one of the ultimate must-have records of the German metal band RAGE. For the 20th anniversary of this release, the group — led by singer/bass player Peavy Wagner — will embark on a tour of Europe on which Peavy will introduce his new bandmates Marcos Rodriguez (guitars) and Vassilios Maniatopoulos (drums) live on stage for the first time.

Says Peavy: "RAGE are back! After the opening show at Metal Hammer Paradise on November 14th at the Ferienpark Weissenhäuser Strand/Germany, we will be back in December with something special. On the 'Black In Mind' tour, we will introduce our new lineup with an exclusive set list."

In other news, RAGE will release a four-track EP on January 22, 2016 to coincide with the band's tour with HELLOWEEN.

"This EP will shorten your waiting time until the release of our new album — the first one since 2012 — which will be in the shops next May," reveals Peavy.

"My Way" contains four tracks, including two re-recorded versions of songs from the "Black In Mind" and a brand-new song in both English and Spanish.

"My Way" will be available as MCD and seven-inch vinyl exclusively at the Nuclear Blast shop and on the HELLOWEEN tour at the merchandising booth.

Marcos Rodriguez was born in Venezuela and currently resides in Antwerpen, Belgium. The 36-year old guitarist is a die-hard fan of RAGE who met Peavy on RAGE's 30th-anniversary tour when his band SOUNDCHASER provided support on parts of the trek.

Vassilios "Lucky" Maniatopoulos has so far primarily made an appearance as the vocalist of the band TRI STATE CORNER. However, the former drum student and drum technician of former RAGE and current TRI STATE CORNER/REFUGE drummer Christos Efthimiadis is also longtime friend of Peavy's.

RAGE's "The Soundchaser Archives" 2CD/DVD box, featuring 30 rare, new and previously unreleased tracks, plus a bonus DVD, was released on May 23, 2014 via Nuclear Blast. 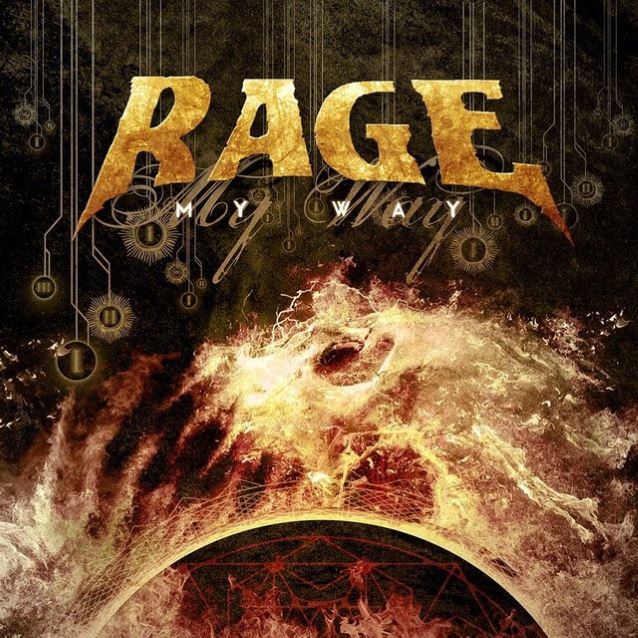