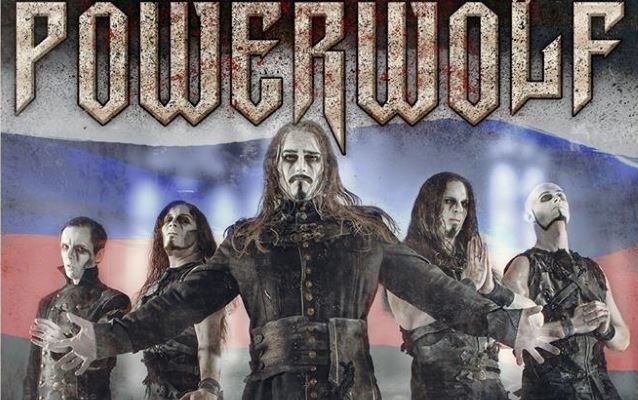 Multinational metallers POWERWOLF have spent the past six months writing songs for their sixth album, tentatively due next summer via Napalm Records.

"By now the major part of the songwriting is finished and we're right now preparing for the studio work," says guitarist Matthew Greywolf. "The recordings will begin in early January and will keep us busy until March."

Asked about the musical direction of the new POWERWOLF material, Matthew says: "Without revealing too much at this early stage, you can expect an album that's 100% uncompromising POWERWOLF stuff. There's songs to go wild to, there's epic and atmospheric stuff, and a lot of wolfish metal madness in between, and quite a bunch of songs that will be must-plays on any future POWERWOLF show, for damn sure. We can't wait to get this album shaped!"