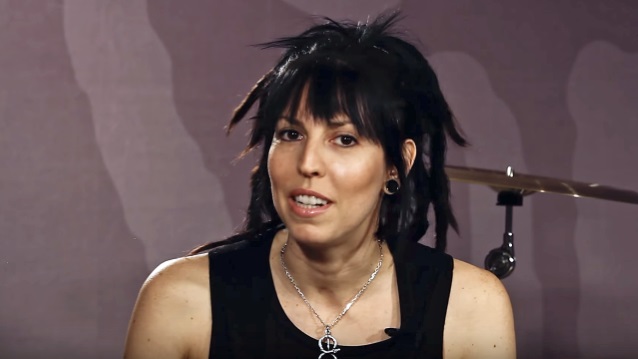 Bellino joined the band last month as the replacement for Sal Abruscato, who "amicably" left LIFE OF AGONY in December.

Veronica is a New York native who has been on the rise as one of the industry's hottest young drummer/songwriters. Veronica has co-written with the legendary DMC, found a national spotlight in The Game's "Red Nation" video, worked with LL Cool J as a member of his signed band 13, conquered dozens of stages with drum icon Carmine Appice's SLAMM group, and worked with Living Legend Award recipient Jeff Beck.

Bellino said about her addition to LIFE OF AGONY: "I'm really excited to play with this band. I've been friends with the guitar player for a couple of years and he called me about this opportunity, so, naturally, I said yes. And our first shows start in April, so I'm really excited."

"I am extremely excited and grateful to play these first two shows in the birthplace of LIFE OF AGONY," said Bellino. "Being a New York native myself, I can't wait to share this with friends, family and fans!"