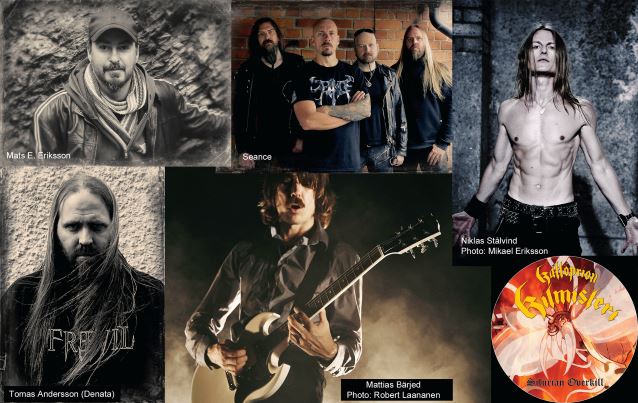 The "Kalloprion Kilmisteri - Silurian Overkill" record features three, thrash/death metal tracks with lyrics by Eriksson. The lyrics hail the fossil and honor Lemmy, who tragically passed away in December 2015, while simultaneously flirting with the MOTÖRHEAD legacy.

The first two tracks were mixed by Mique Flesh in HellSmell Studio, whereas the third track was mixed by Simon Johansson (WOLF) and Mike Wead (KING DIAMOND) in SolnaSound Recording.

Following the digital release, the songs will also be available on a limited, collector's edition 12" picture vinyl, limited to 300 copies worldwide.

The record is released by Mats E. Eriksson together with fellow paleontologist Achim G. Reisdorf as the fourth album in the Sonic Science Slam Explorer series.

The official release party for the vinyl will take place November 11 at the grand opening ceremony of the "Rock Fossils" exhibition in Chemnitz, Germany.