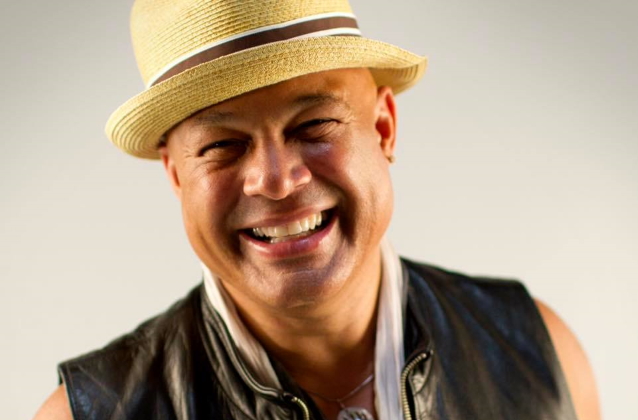 Multiple Grammy and Emmy-winning hitmaker Narada Michael Walden, who has produced multi-million-selling smashes for superstars Aretha Franklin, Mariah Carey, Whitney Houston and many others, has been signed to Quarto Valley Records. On August 8, he will release the dynamic new solo album, "Immortality", a progressive music masterpiece that recalls his early days as the drummer for the groundbreaking jazz-rock fusion band MAHAVISHNU ORCHESTRA.

Listen to the first single "We Can Live Forever" below.

The writer/producer of seven consecutive No. 1 songs for singer Whitney Houston, Narada Michael Walden's stature as an authentic musical renaissance man is a matter of record. Producing hits for artists as diverse as Aretha Franklin (including the platinum "Freeway Of Love"), Steve Winwood, Ray Charles, Wynonna Judd, Whitney Houston, George Michael, Mariah Carey, Barbara Streisand, Lionel Ritchie, Lisa Fischer, Stevie Wonder, Tom Jones, Jeff Beck and THE TEMPTATIONS, his music flows freely from pop, rock and soul, to the rarified realms of jazz, fusion and world music. With Jeff Beck, Narada wrote and played drums on the seminal album "Wired" that earned them both their first gold Album. Walden was an integral part of introducing Whitney Houston and Mariah Carey to millions of fans worldwide, producing and writing their breakthrough hits that first brought these divas to the spotlight. Billboard magazine honored him as one of the Top Ten Producers of all time.

As impressive a production and songwriting resume as Narada Michael Walden has assembled over the past 40 years, he has earned equal acclaim as a recording and performing artist in his own right. His career as a drum virtuoso began at 19 years old in the second incarnation of the pioneering MAHAVISHNU ORCHESTRA. Narada also toured with Jeff Beck, Tommy Bolin and WEATHER REPORT, to name a few. Through eleven acclaimed solo recordings, along the way he has branched into a wide range of sonic arenas. Walden's music includes groundbreaking soundtrack work on such blockbuster films as "The Bodyguard", "Free Willy", "Beverly Hills Cop II", "9½ Weeks" and "Stuart Little" to the Emmy-winning "One Moment In Time", the theme to the 1988 Olympic Games.

Walden recently joined JOURNEY as the replacement for Steve Smith.

Guitarist Neal Schon told SiriusXM's "Trunk Nation" about his new bandmate: "Narada is an extremely talented, amazing musician. Not only has he had great producing credentials and huge records that he worked on — most of them were R&B, but then you have Jeff Beck 'Wired' that he wrote and played a lot on. Then he goes back to MAHAVISHNU ORCHESTRA with John McLaughlin."