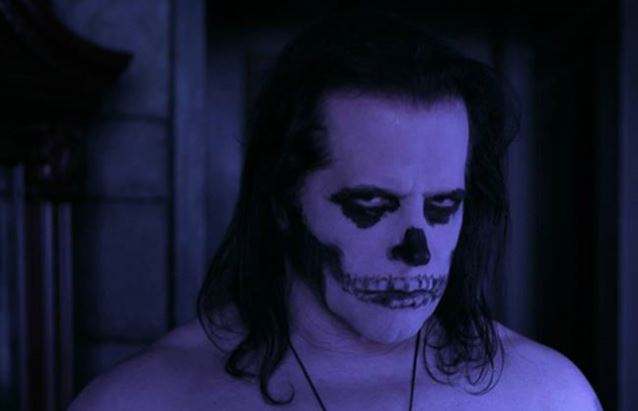 Glenn Danzig's long-awaited covers record, "Skeletons", will be released in Europe this fall via Evilive Music/AFM Records. A new DANZIG album of all-original material will not arrive until early 2016.

Glenn Danzig recently spoke to RollingStone.com about "Skeletons". The CD, which was recorded with PRONG guitarist/vocalist Tommy Victor and former TYPE O NEGATIVE drummer Johnny Kelly, will include the former MISFITS frontman's take on songs by BLACK SABBATH ("N.I.B."), ZZ TOP ("Rough Boy"), THE TROGGS ("A Girl Like You"), THE EVERLY BROTHERS ("Crying In The Rain") and others.

Regarding his decision to wear full skull makeup for the first time since his MISFITS days nearly 40 years ago for the "Skeletons" photo shoot, Glenn said: "I wore makeup only at a couple of live shows and maybe for a photo shoot. I think it was originally for a Halloween show, '79, at [New York City's] Irving Plaza. I also had the skeleton shirt and skeleton clothes on, so I was a full punk skeleton man. I can't remember if it was that show or the next year's Halloween show that we hung dead animal heads and limbs and carcasses all over the place. It smelled like a slaughterhouse. It looked like a slaughterhouse because it actually was."

The singer also said that he is almost done making a new DANZIG album of all-original material. "It's pretty much all recorded, except I keep writing extra songs so I'm gonna go back in the studio probably at the end of June," he said. "Some of it's very swampy and dark, some of it's...I don't know what the right word is. It's pretty heavy though."

Danzig has also been recording cover versions of Elvis songs for a possible EP release. "I'm making it a little different," he said. "Some of the stuff I'm stripping down, bare bones, very old-school fifties echoey slap-back vocals, piano, guitar. It's pretty much done, but every time I go back into the studio to work on a new DANZIG record, if we have time, I'm like, 'Let's do another song.' So we'll see what ends up on the record."