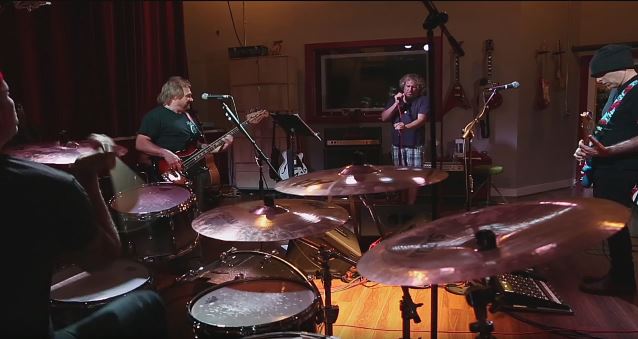 New footage of CHICKENFOOT rehearsing for the band's two shows this coming weekend at Harrah's Lake Tahoe can be seen below. The concerts, taking place over Cinco de Mayo weekend, mark the supergroup's first reunion shows in more than six years.

CHICKENFOOT's last performance together was during a surprise three-song encore at Hagar's 2014 birthday bash in Las Vegas. The concerts on May 7 and May 8 in Tahoe will be the first time in over six years that the band will reunite for an entire concert.

CHICKENFOOT has not made a CD in five years but recently returned to the studio to record a new track, "Before I Die", to be released later in the year.

Hagar described "Before I Die" as "the coolest song that we've maybe ever had. It's really bluesy and edgy and modern and it's fucking cool."