According to The Pulse Of Radio, ALICE IN CHAINS frontman William DuVall revealed in a new interview with Kerrang! that the band's new song "Never Fade" was inspired by his grandmother, late SOUNDGARDEN frontman Chris Cornell, and late ALICE IN CHAINS vocalist Layne Staley.

DuVall explained: "I think there was some residue from the past lingering, but the ghosts were benevolent, they were there to help, not hinder. I wrote the lyrics to the song 'Never Fade' right there in Studio X. I thought, 'I'm not leaving this room until I chase this song down.' I sang about the history, all the songs that had been written, all the arguments among bands and discussions about the future."

Studio X, formerly known as Bad Animals, was where ALICE IN CHAINS recorded its last album with Staley on vocals in 1995 and where the group returned to work on its new LP, "Rainier Fog". DuVall continued: "I was thinking about my grandmother, who'd just died a few months earlier; thinking about Layne Staley, thinking about Chris Cornell, who'd just passed a month before — just letting it wash over, and at the end, I walked out into the dawn and felt I'd had a significant spiritual experience. It couldn't have happened anywhere else."

"Rainier Fog", ALICE IN CHAINS' sixth studio album, arrives on Friday (August 24). The band's first new studio effort in five years, it contains the tracks "The One You Know" and "So Far Under" in addition to "Never Fade".

"Rainier Fog" marks a few firsts for ALICE IN CHAINS: in addition to being their first album in five years, it's their first album for BMG and their first time recording in their hometown of Seattle in more than 20 years (worth noting that the album title is a tribute to Seattle). The "Rainier Fog" recording process also saw the band spend time at Henson Recording Studios in Los Angeles and at the Nashville studio of producer Nick Raskulinecz. "Rainier Fog" is the third straight ALICE IN CHAINS album recorded with Raskulinecz and engineer Paul Figueroa. The album was mixed by Joe Barresi (QUEENS OF THE STONE AGE, TOOL). 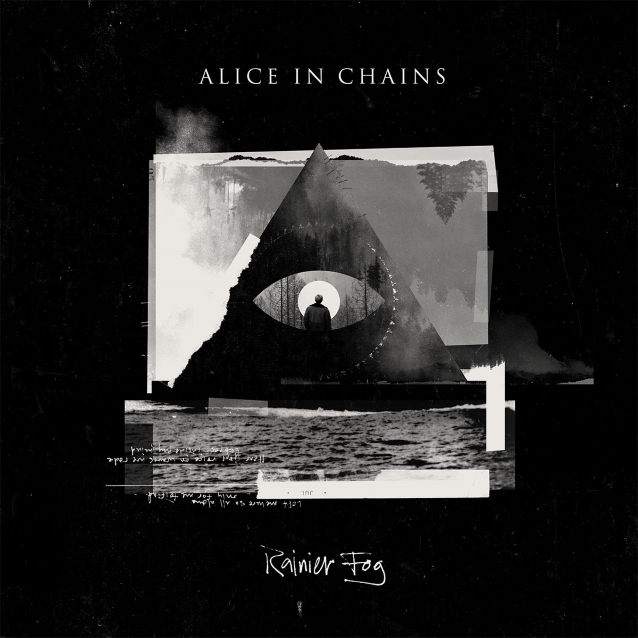