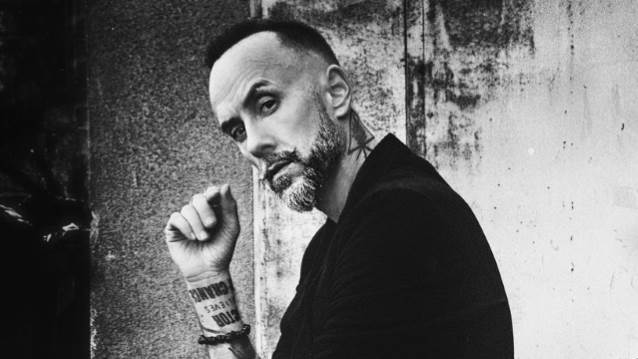 British/Polish rock musician John Porter has left ME AND THAT MAN, the blues, country and folk side project of BEHEMOTH frontman Adam "Nergal" Darski. The split occurred after ME AND THAT MAN completed a number of gigs in support of the project's debut album, last year's "Songs Of Love And Death".

"I'll try to be as diplomatic as I can," Nergal told uDiscover Music about John's exit (see video below). "It wasn't the easiest collaboration in my life, which means that it was the most difficult collaboration in my life. [Laughs] I'm talking man to man, because there's been some man-female collaborations that were a bit harder. But [for a] man-to-man collaboration, it was very hard. So it just wouldn't work. Either one would kill one another sooner or later, so better to stay alive and separate."

According to Nergal, there will "definitely" be another ME AND THAT MAN album, although fans might have to wait a couple of years for it to arrive. "Probably in 2019 we'll start recording," he said. "We're already fucking around with ideas, so it might see the light of day in 2020.

As for what the next ME AND THAT MAN record might sound like, Nergal said: "I already have a concept that I don't wanna spoil here now — I'm not gonna tease — because it's still in my head, but I think it's pretty spectacular. So I think it's gonna be cool. I love the idea. I hope people will dig it. But it's gonna be a completely different form — it'll be totally different. And then I'm open for maybe the third record — if there's a third record — do something else again. And I try to be as flexible as I can — as long as I express myself the way I want. It's not like BEHEMOTH, [where] we have this solid setup, and it is what it is, and everyone has its spot and place. With ME AND THAT MAN, I like it to be like a river; it just flows, and, 'Okay, let's take a curve,' 'Let's do this.'"

BEHEMOTH's long-awaited follow-up to 2014's "The Satanist" album is tentatively due before the end of the year. The new disc was mixed by Matt Hyde, who has previously worked with SLAYER and HATEBREED, among others.