A press release reads: "Many are convinced by the opposite but sometimes you just have to watch TV to change your live. So did guitarist Lars Boquist when he watched the Swedish version of 'Star Search' one evening. Marcus Lundgren, a so far unknown singer had his appearance there performing Bon Scott of AC/DC, didn't win the competition but was able to convince Lars with his vocal performance. Lars invited him to do an audition with his band and shortly after Marcus happened to be the new vocalist of NEONDAZE. Guitarist Lars (ex-REPTILIAN, POLE POSITION), who previously was featured in several music mags (among them Guitar Player) due to his outstanding guitar work already played with drummer Hampus Landin and bassist Jesper Lahn for several months. Hampus already gained some notable reputation regarding his work with MISS BEHAVIOUR. Already having loads of good songs at his disposal, Lars introduced them to Marcus, Jesper and Hampus who instantly were excited about the quality of Lars' singwriting talents and immediately began working out song structures, changing vocal lines and perfecting the drum basics. The result is 12 highly melodic and catchy hard rock songs able to bare comparison with many other respected bands from this genre. The album was recorded in Lars' home recording studio. The mix and mastering was done by Stefan Pettersson at Realtime Recording Studio in Norrköping." 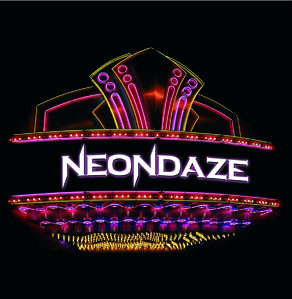