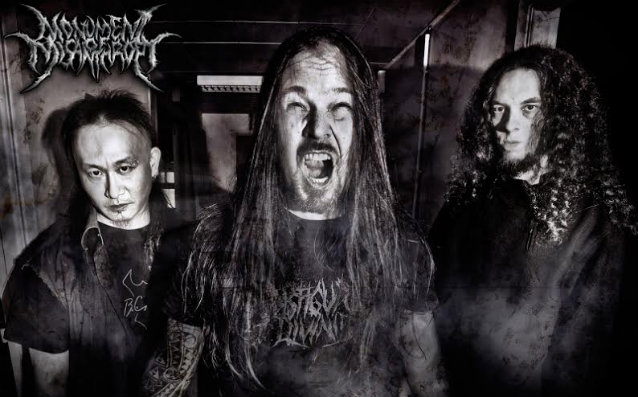 In order to finance the CD, MONUMENT OF MISANTHROPY launched a crowdfunding campaign on Indiegogo.com, offering autographed CDs and exclusive T-shirts. The campaign has already reached the 4,000-euro goal, with 30 days to go.

"Anger Mismanagement" was recorded last summer by Goulon in his home studio (drum tracks), by Camille Mougins at Kairos Studio and by Mamad Rafati at Transonix Studio (guitars and bass tracks). Vocals were tracked by Stefan Kaschel (AudioRiot Recordings), who also took care of the whole editing, engineering and mixing process. The nine-song CD is being mastered at Iguana Studios (NECROPHAGIST, DEADBORN, MALADIE) with producer Christoph Brandes and will include an ultra-fast cover version of KREATOR's "Flag Of Hate".