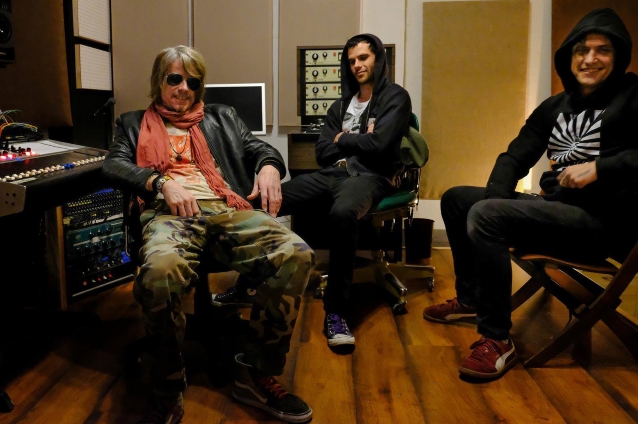 Desert rock titans NEBULA have extended their record deal with cult and fuzz rock label Heavy Psych Sounds. The band is currently working in the studio with producer Matt Lynch on its first new album in 13 years for a June release.

NEBULA creates pure guitar-driven, conscious expanding rock for the 21st century. They are a culmination of their rock forbearers such as Jimi Hendrix, MC5, THE STOOGES and MUDHONEY turned up a notch, taken to the next level and blasting through space. NEBULA spread their gospel through their music and what they are preaching will leave the congregation on the floor.

In 2017 the band decided to reissue three of their crucial early works via Heavy Psych Sounds Records: "Let It Burn", "To The Center" and "Dos" EPs, which includes the material originally released on 1999's "Sun Creature" and a NEBULA/LOWRIDER split. Followed by the re-release of NEBULA's "Charged" and the special release of "Demos & Outtakes '98-02" in early 2019, this summer will see the band return with not only a new lineup but also a brand new full-length. Fans can also expect the band to extensively tour, beginning with the just-announced Heavy Psych Sounds Festival tour, consisting of two live dates in California this spring.