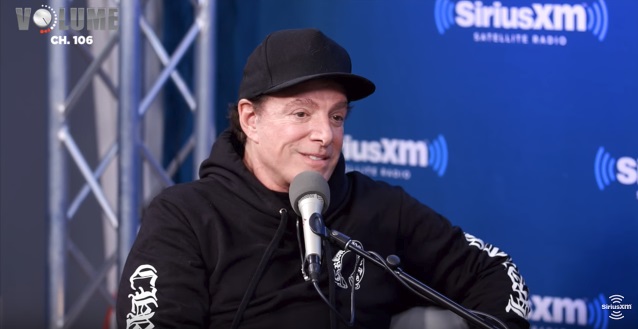 JOURNEY guitarist Neal Schon has once again commented on his war of words with Jonathan Cain over a White House visit by several members of the band.

While promoting this summer's JOURNEY-DEF LEPPARD North American tour Monday (January 22) with the latter band's singer Joe Elliott, Schon was asked by SiriusXM's Eddie Trunk where things stand between him and Cain now that several months have passed. "It's pretty much, as far as I know, it's in the same place," Schon admitted. "It's been sort of the same for a while — I would say, like, the last two years. And so I just put my head in my own space, and I'm really there to play live for our fans. It's about the music and it's about the fans — it's not about anything else that's going on inside."

With regards to how he and Cain ended up being at odds over the latter's increasingly religious bent, Schon said: "People go through changes, man. Everybody, they… It was one way, and now it's like this, and you're going, 'Well, what happened?' We agreed on this and that, and then it goes in a different direction, and then nobody tells you about it. And I'm, like, that's kind of bizarre to me."

Despite the personal differences between him and Cain, Schon is confident that JOURNEY's tour with DEF LEPPARD will go off without a hitch. "We are definitely gonna bring it, I know, 'cause it has nothing to do with the way that we play," he said. "We get along perfectly musically most of the time. It was a lot of different changes in the outside thing and people's personal lives that, you know, I'm somewhere else. So, yeah, it's gonna be fine."

Asked by Trunk why he chose to talk so openly via social media about internal disagreements within the JOURNEY camp, Schon, who appeared at points during his tweetstorm last summer to suggest that he might be reforming a new version of the band, said: "I have a lot of faith in the fans. And I wasn't getting a lot of help anywhere else. That's all I can tell you. I was trying to get our management at a point to step in and bring some things about, and I was trying to talk to different members, and they all went this way and I was kind of there by myself. So I went, 'Man, I'm gonna open this up. I got frustrated with it. I'm gonna open it up and I'm gonna talk to the fans themselves and I'm gonna get their opinion.' And so now they've spoken, and I feel really good about what I'm doing. I feel like I got, you know… 99.9 percent [of the] fans are understanding where I'm at, so it's a good thing."

JOURNEY's 58-city tour with DEF LEPPARD will kick off on May 21 in Hartford, Connecticut. Tickets go on sale beginning Saturday, February 3 at LiveNation.com.