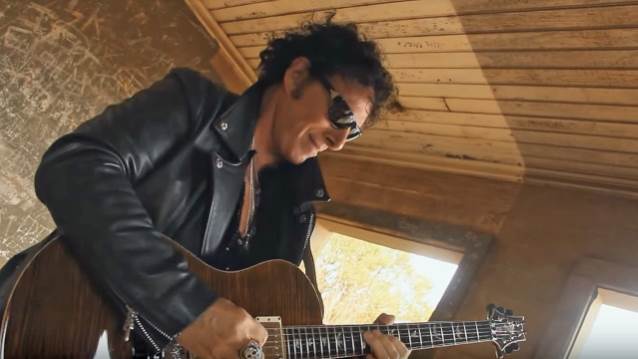 Neal Schon has told the Detroit Free Press that he would love to collaborate with his former JOURNEY bandmate Steve Perry on an R&B-style project.

"I think Steve has an amazing, soulful voice, and I know he loves R&B," the guitarist said.

According to Schon, he had "a very good chat" with the ex-JOURNEY singer ahead of last year's Rock And Roll Hall Of Fame induction ceremony: "I could tell that we both missed each other, and that there was a lot more left there."

"Life is short. So sure — I'd love to do an R&B record with Steve," Neal said. "I don't think he'd ever want to do a JOURNEY record again. It's just too hard. [The notes are] way, way up there, and last time I heard him sing, his voice was a lot lower. But it was still very soulful. You can sing R&B and soul music and not need five octaves in your voice. [With JOURNEY], he set the bar so high for himself and for anyone else."