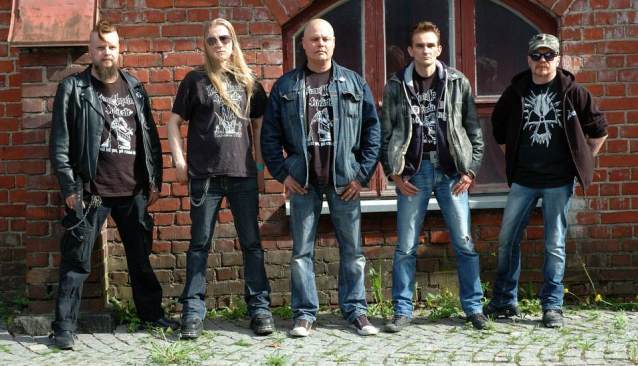 According to a press release, "Lex Talionis" is a return to NATIONAL NAPALM SYNDICATE's classic thrash sound from the '80s." It is described as "old-school thrash metal with no mercy for the faint-hearted. The POSSESSED and SLAYER influences are still there, with a nice twist of EXODUS to make things a bit more interesting."

"Lex Talionis" contains two new smashing original songs and three covers. The covers are from legendary Finnish hardcore/punk bands KANSANTURVAMUSIIKKIKOMISSIO (KTMK) and VIVISEKTIO. As a bonus track, there's a cover of NUCLEAR ASSAULT's "My America", the title of which was changed to "My Pudasjärvi", an ode to the original birthplace of NATIONAL NAPALM SYNDICATE. This song is previously unreleased and is taken from NATIONAL NAPALM SYNDICATE's 1988 "FEAR2" demo tape. 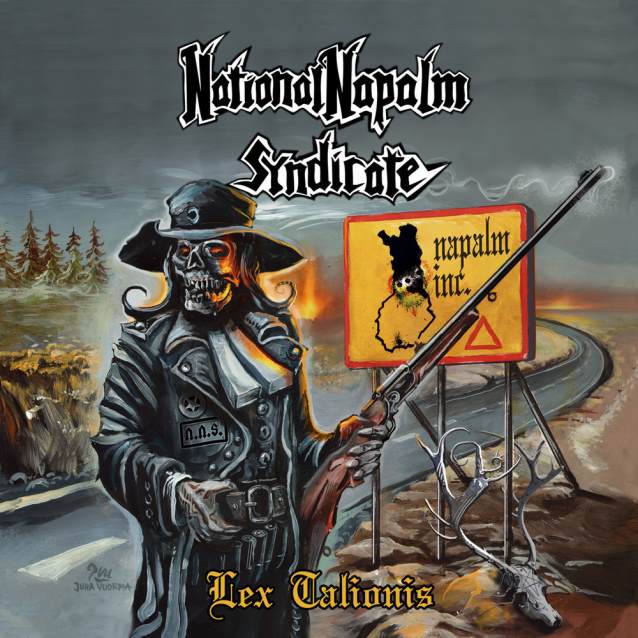