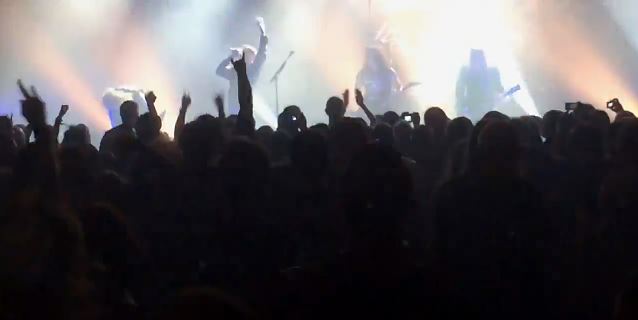 Mitch Harris of NAPALM DEATH joined KREATOR onstage on September 6 at the Gohelle Fest in France to sing the KREATOR song "Riot Of Violence". Fan-filmed video footage of his appearance can be seen below.

NAPALM DEATH recorded a version of "Riot Of Violence" for the "Leaders Not Followers 2" collection of covers, which was released in 2004 through NAPALM DEATH's own Feto label.

NAPALM DEATH recently spent time at at Parlour Studios in Kettering, England with producer Russ Russell recording the follow-up to 2012's "Utilitarian" for an early 2015 release via Century Media Records.

The band performed a brand new song, "Dear Slum Landlord", on April 10 at the Roadburn festival in Tilburg, The Netherlands.

"Utilitarian" sold around 2,200 copies in the United States in its first week of release, according to Nielsen SoundScan. The CD debuted at No. 14 on the Top New Artist Albums (Heatseekers) chart, which lists the best-selling albums by new and developing artists, defined as those who have never appeared in the Top 100 of The Billboard 200.

KREATOR will support Swedish / American / Canadian metallers ARCH ENEMY on a North American tour this October/November. Also appearing on the bill will be HUNTRESS and STARKILL. 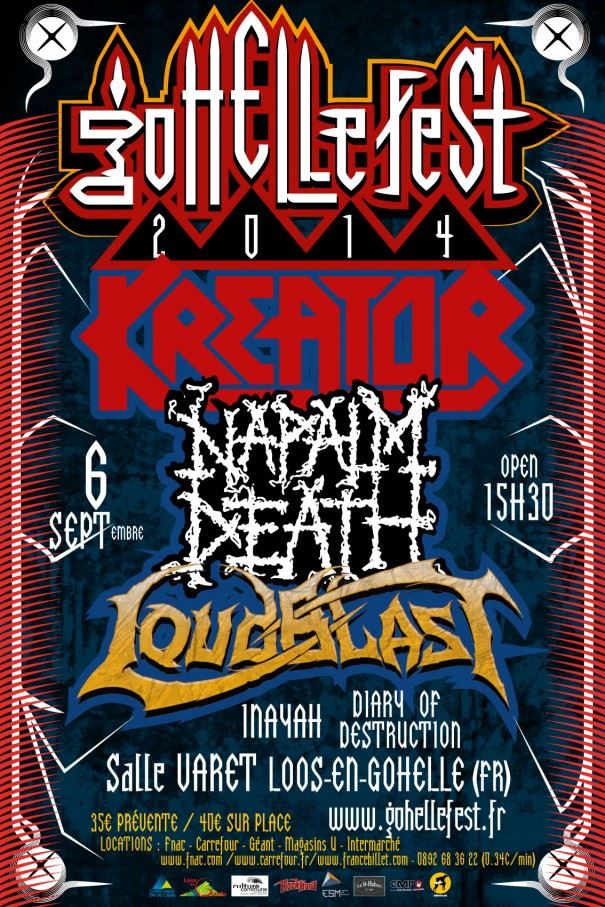