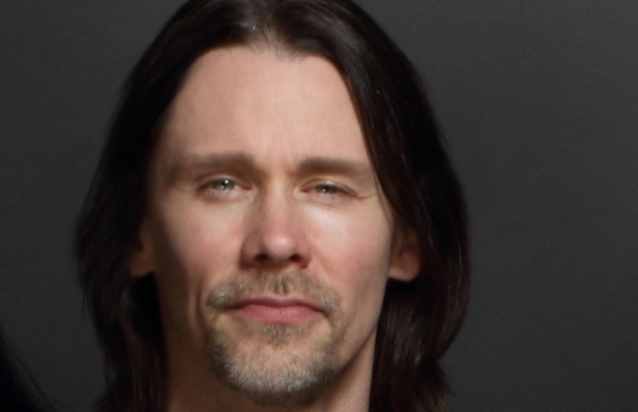 In a brand new interview with Ireland's Overdrive, ALTER BRIDGE and SLASH FEATURING MYLES KENNEDY AND THE CONSPIRATORS frontman Myles Kennedy was asked if there is anything that he would like to see change in the music industry. He responded: "Well, I know they're working on it, but I still have my concerns on the whole streaming thing, with how much artists are getting as opposed to the labels taking the lion's share. I know things have evolved somewhat, but I really think they are not really there with the best situation that there can be. It just doesn't seem to be fair or balanced right now for the musicians [and] artists, which is insane because without us, there wouldn't be a music business."

He continued: "Things have become better, to some degree. I say that with reference to how things were 17 years ago when you had Napster and people were just trading files all over the place. At least now there are places online where you can go to discover new music and hear stuff that you already are familiar with, but it still needs some modification. We're getting there slowly, but at least there's some progress being made."

While the music-streaming service Spotify has gotten a lot of criticism for how little it pays artists for their music, many musicians have since have embraced the platform.

According to a recent report published by Audiam, Spotify's artist and label royalty payouts declined this year even though the company's revenue increased.

Earlier in the year, KISS bassist/vocalist Gene Simmons defended Spotify, saying that while the company's agreements with the big labels aren't always good for the artists behind the music, it's not entirely Spotify's fault. "At the end of the day, the artists have gotten the rug pulled out from under them, and I'm shocked that legislators in Washington D.C. haven't taken the entire industry to task," Simmons told CNBC's "Squawk On The Street". "Legislation is archaic and prehistoric. New artists are getting slaughtered because they're getting micro pennies out of a dollar."

Spotify, he said, is "a terrific company. I know the financials of the company, I think the management is solid," Simmons added. "Spotify is getting rich and God bless them for it."

Earlier today, the Music Modernization Act was signed into law after an effort that began years ago and was renewed in 2017. According to Billboard, the legislation updates the music licensing process with modern technology and greater transparency to speed royalty payments to music publishers and songwriters, and also provides digital streaming services with increased efficiency and greater certainty.

SLASH FEATURING MYLES KENNEDY AND THE CONSPIRATORS's new album, "Living The Dream", was released on September 21 via Slash's own label Snakepit Records.

Kennedy's debut solo album, "Year Of The Tiger", was released in March via Napalm Records.