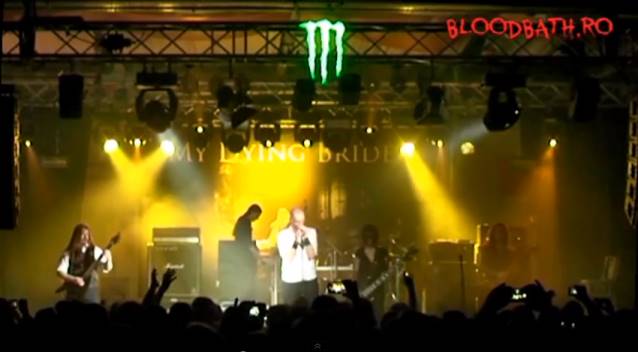 Rolland Adrian of Bloodbath.ro has uploaded video footage of MY DYING BRIDE's October 26 performance in Bucharest, Romania. Check it out below.

MY DYING BRIDE released a new EP, "The Manuscript", on May 13 via Peaceville Records on CD and vinyl.

"The Manuscript" contains four new and exclusive songs; a dark voyage spanning over 27 minutes of supreme doom in the unmistakable MY DYING BRIDE style of heaviness mixed with dark tales of foreboding. It was recorded and mixed at Futureworks Studios in Manchester, U.K. with the band's longtime producer, Rob "Mags" Magoolagan.

Comments the band: "'The Manuscript' features four monstrous tracks of brilliantly crafted metal that only MY DYING BRIDE can do, with swathes of doom laden melancholy, harmonic beauty and thundering death metal all combined in their trademark sound. Four tales of tragedy, loss and bitter vengeance greet the listener with an added assault on the emotions too, leaving the soul grey and limp. There is beauty here, but it's carrying a dark blade."

In a recent interview with Metal Forces, MY DYING BRIDE vocalist Aaron Stainthorpe stated about the songs that appear on "The Manuscript": "They're very similar to 'A Map Of All Our Failures', because they were written and recorded at the same time, except for one song. That really stands out… [laughs] It's full-on sort of epic death metal; it's swords and axes, a proper warrior battle kind of track that's almost medieval in flavor. You can almost picture the scene; it's set in a snowy kind of mountainous landscape. There are sound effects and all sorts of mayhem going on in it, and death metal vocals not quite all the way through it, but near enough."

MY DYING BRIDE's latest full-length album, "A Map Of All Our Failures", was released on October 15, 2012 in Europe and October 16, 2012 in the U.S. via Peaceville Records on CD, double vinyl and special-edition CD+DVD. 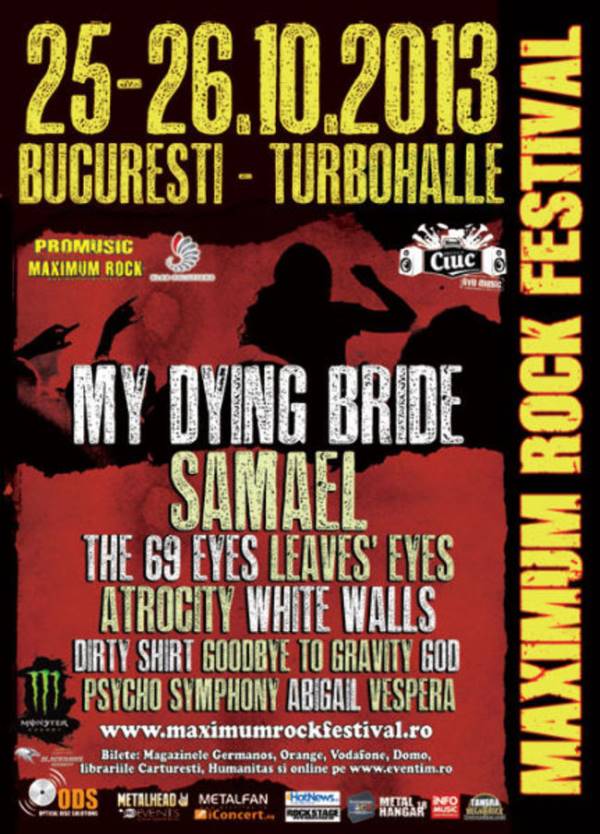