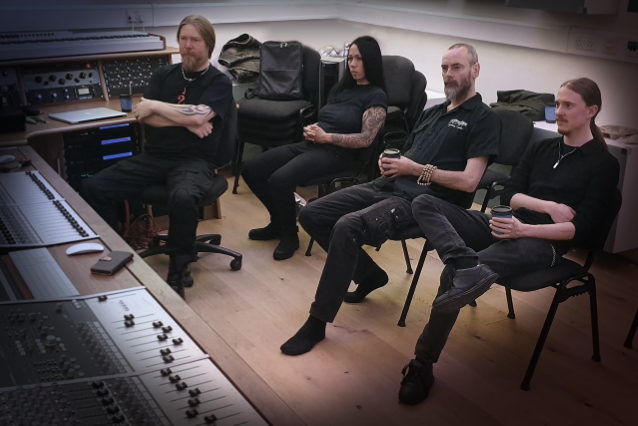 U.K. doom metal veterans MY DYING BRIDE have completed work on their new album. Vocalist Aaron Stainthorpe writes in a Facebook post: "It has taken quite some time to put together but it is now finished and is with Nuclear Blast as I write this. There is no release date as yet, but rest assured, we will let you know once we find out.

"This album is a luxurious journey into a realm only MY DYING BRIDE know how to create. It has the most lavish production of any of our past offerings and the sound is utterly stunning; aggressive, beautiful and layered with harmonic melancholy like never before. There is beauty here with slender moments of delicate hope enriched with violins and cello and the stunning voice of special guest Lindy-Fay Hella from WARDRUNA. And there is utter madness and anger with visceral death metal vocals lending a fearful edge to this dramatic opus. You will not be disappointed!!"

Last September, Stainthorpe revealed that his daughter's cancer diagnosis led to the cancelation of the band's four festival appearances in late 2017. She has since beaten what Aaron has called "one of the cruellest of God's bitter and loveless creations."

It is complete! The new album from My Dying Bride! It has taken quite some time to put together but it is now finished...