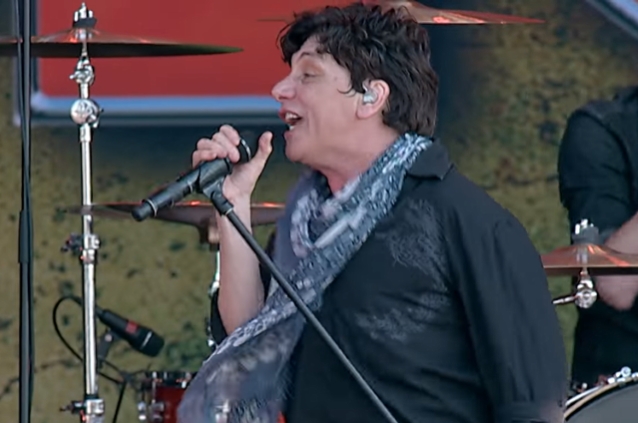 Professionally filmed video footage of MR. BIG's entire August 2018 performance at the Wacken Open Air festival in Wacken, Germany can be seen below.

Last fall, MR. BIG singer Eric Martin told the "Friday NI Rocks" show that the band was planning to make a new studio record in 2019. The effort will mark MR. BIG's first release since the passing of drummer Pat Torpey, who died in February 2018 at the age of 64 from complications of Parkinson's disease.

According to Eric, once MR. BIG is done with its 2019 touring commitments, it will be time for the band to call it quits. "Yeah, that's the last hurrah — that's it," he said. "It feels a little uncomfortable to keep going without Pat Torpey."

"Defying Gravity" was released in July 2017 via Frontiers Music Srl.

MR. BIG, formed in 1988, produced numerous hit songs that ranged across a wide array of rock genres — be it ballads, heavy metal, or blues rock. Their hits include "Alive And Kicking", "Just Take My Heart" and the chart-topping ballad "To Be With You".