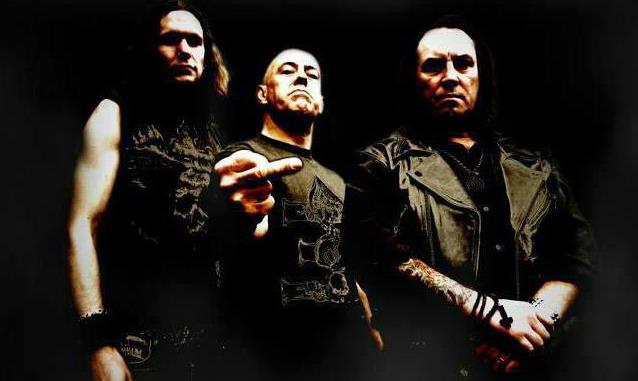 Due to a U.S. "immigration administrative delay," MPIRE OF EVIL (formerly PRIMEVIL) — the band formed in 2010 by ex-VENOM members Jeff "Mantas" Dunn (guitar) and Tony "The Demolition Man" Dolan (bass, vocals) — has been forced to cancel its participation in the proposed North American tour with RAVEN. MPIRE OF EVIL says in a statement: "Applications were made in time for visas. However, a clerical error that came to light too late meant re-application, and this would have meant missing the whole of the dates planned. RAVEN will still be appearing on the tour, but MPIRE of EVIL apologize and have no control in this case but have rescheduled and will be there in March/April 2014."

Fan-filmed video footage of MPIRE OF EVIL performing the VENOM classic "Withing Hour" on July 25 at the Headbangers Open Air festival in Brande-Hörnerkirchen, Germany can be seen below.

MPIRE OF EVIL recently filmed a video for the song "Taking It All" from its "Crucified" album.

"Crucified" came out on May 7 via Deadline Music (a subsidiary of Cleopatra Records). The booklet includes art by Mantas, lyrics and band pics.

"Crucified" bulldozes through eleven tracks — including nine re-recorded versions of VENOM tracks from Dolan's time with the group — opening with the driving "Temples of Ice" and not taking its foot off the gas through the closing beast, "Taking It All" (which includes the perfect anti-chant). The riffs are dense and mighty, rhythms propulsive, and the vocals relentlessly intense. The record takes on dystopian themes of destruction, evil, and corruption and in the case of pointed tracks like "Blackened Are The Priests", all three.

After completing a successful U.S. tour with drummer Marc Jackson (who replaced Antony "Antton" Lant last year), MPIRE OF EVIL in May 2012 announced that Marc had joined the group on a permanent basis.

MPIRE OF EVIL released its full-length debut, "Hell To The Holy", on March 26, 2012 via Scarlet Records. The CD was produced by Mantas and features cover artwork by Gyula Havancsák (ANNIHILATOR, DESTRUCTION, GRAVE DIGGER). 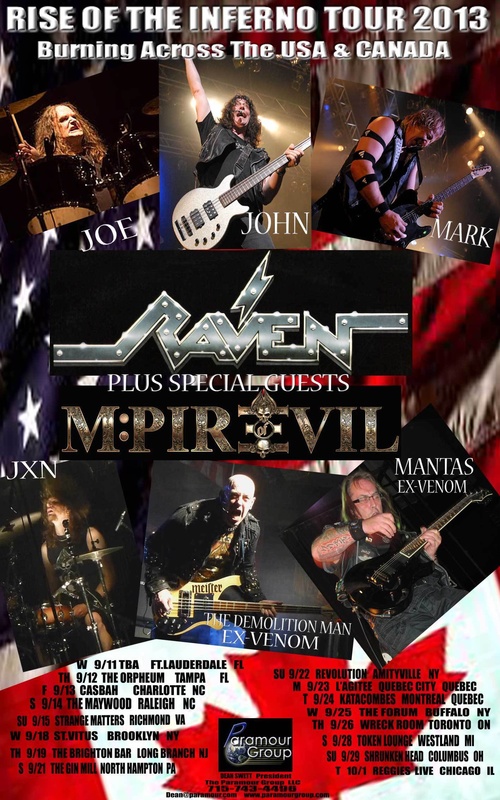