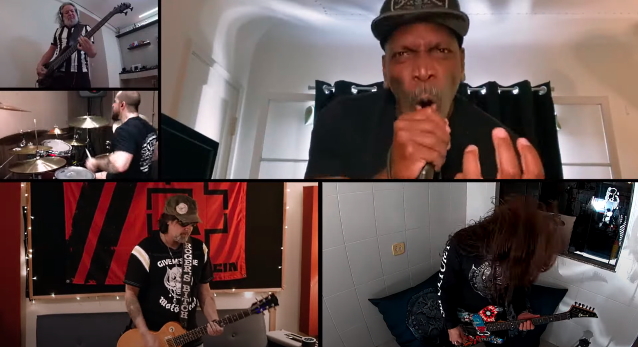 MOTÖRHEAD guitarist Phil Campbell recently teamed up with the four members of SEPULTURA to record a quarantine version of MOTÖRHEAD's "Orgasmatron". Check out video below.

Back in 2018, former SEPULTURA drummer Igor Cavalera said that he and his brother Max were inspired to form the band in 1984 because of MOTÖRHEAD. He told the "Start Making Sense" show on Beats 1: "It's one of those bands that me and my brother would go to our room and listen to cassettes on our boombox. They were one of the bands that we were, like, 'Wow, these guys are way ahead of their time,' because they were mixing up the energy of punk, metal and rock 'n' roll. The combination of those things really influenced me and Max to start SEPULTURA."

Igor went on to say that the name SEPULTURA — which in Portuguese means "grave" or "tomb" — was inspired by MOTÖRHEAD's song "Dancing On Your Grave" from 1983 album "Another Perfect Day".