MOTÖRHEAD guitarist Phil Campbell's ALL STARR BAND will embark on a short U.K. tour in December. The setlist will be full of classic MOTÖRHEAD songs infused with covers of some of Phil's favorite bands, including BLACK SABBATH.

PHIL CAMPBELL'S ALL STARR BAND features Phil alongside his three sons: Todd, his eldest, and Dane from STRAIGHT LINES; and Tyler from THE PEOPLE THE POET.

Phil Campbell has been the lead guitarist in MOTÖRHEAD for 28 years. He has toured the world, sold millions of albums and headlined the biggest festivals. Phil has a passion for music and it is this passion that has led to the formation of PHIL CAMPBELL'S ALL STARR BAND.

The ALL STARR BAND are set to explode onto stages all across Europe in 2014 , playing rock and roll music to the fans, close up and intimate. The way it should be!

PHIL CAMPBELL'S ALL STARR BAND's setlist at the Bloodstock Open Air festival in August consisted of the following tracks: 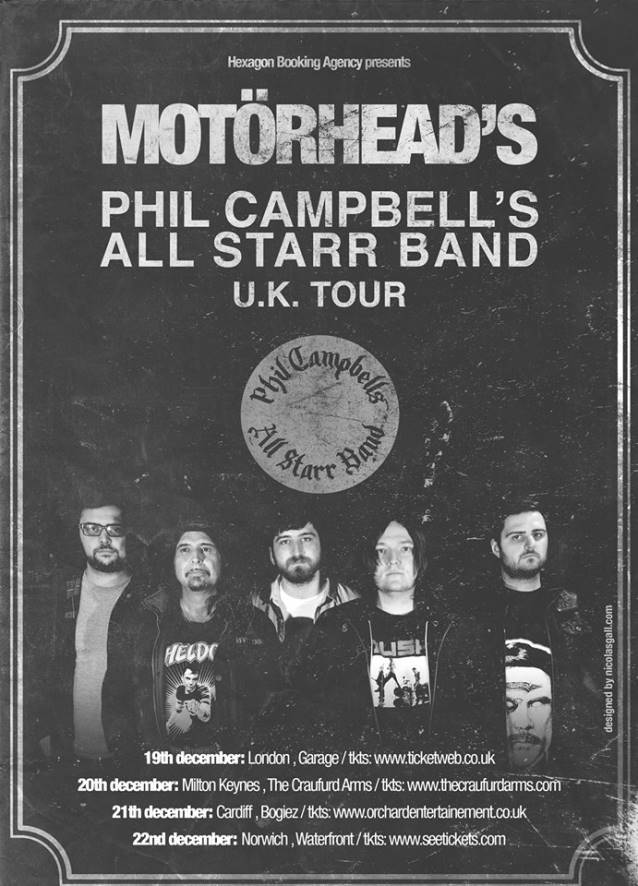