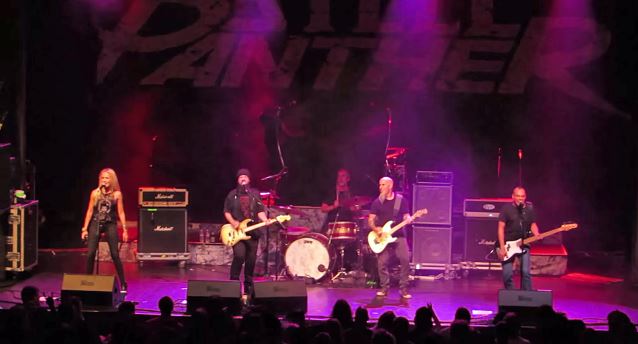 Fan-filmed video footage of MOTOR SISTER's June 26 performance at The Regency Ballroom in San Francisco, California can be seen below.

Tempesta was unable to make the San Francisco concert and was replaced at the gig by Ryan MacMillan.

MOTOR SISTER came together in 2013 when Ian, Aday, Tempesta, Vera and Wilson joined forces to perform MOTHER SUPERIOR's music at a show in Ian's house as the guitarist's birthday present to himself.