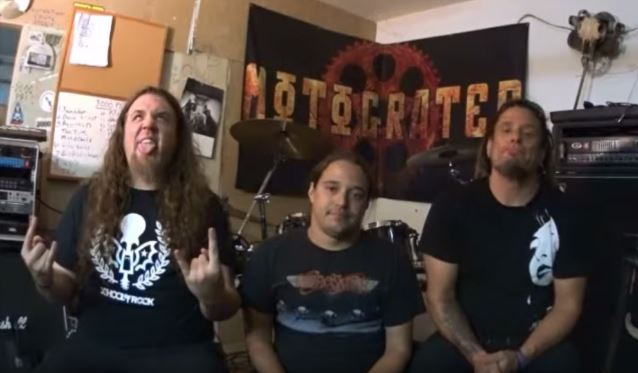 Luster says: "As a producer, I plan to help them make the best record of their careers, something they'll be proud of for the rest of their lives, and something that will bring them to the next level."

MOTOGRATER guitarist Matthew "Nuke" Nunes states: "We are all really fucking proud of this new material... proud and grateful for the opportunity to finally see the second official MOTOGRATER record come to light."

MOTOGRATER has launched a $10,000 crowdfunding campaign through GoFundMe.com as part of an online pre-order.