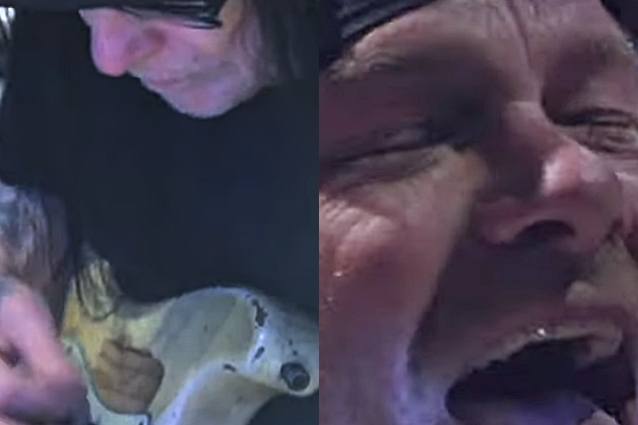 "'Outlaws & Outsiders' is a song for anyone who's ever felt different, or like an outsider period," Cory explains. "You can be an outlaw in many different ways and as an artist, for me it's simply creating something different, something unique and out of the box. It is doing my own thing and telling my own story." Helping him tell his story are Tritt, Moody — who is no stranger to rock/country collaborations with his band's No. 1 hit at U.S. and Canadian alt radio "Blue On Black" (featuring Kenny Wayne Shepard, Brantley Gilbert and Brian May) and Mars.

"Growing up on country and rock music — being inspired by songs like THE ROLLING STONES' 'Honky Tonk Woman', bands like DEEP PURPLE and the iconic Ozzy Osbourne, the original outlaws and outsiders Merle Haggard and Waylon Jennings shaped my musical style. It's a true honor to be working with the country music outlaw of my generation, the great Travis Tritt," explains Cory. "He is such a down-to-earth guy and a great pleasure to work with. He's the real deal and I'm very thankful to be working with him." The session was Tritt's first recording in 14 years. "I was flattered to be asked to contribute my vocals to the Cory Marks single 'Outlaws And Outsiders'. I'm excited to see what the future holds for this talented young artist," Tritt explains.

Marks recorded with award-winning producer Kevin Churko. The two worked together in Churko's Las Vegas studio, capturing the energy and electricity of Cory's live show. It was a natural partnership. Like Cory, Kevin had grown up playing drums, eventually expanding his career to include collaborations with country artists like Shania Twain and rock icons like Ozzy Osbourne. "We both appreciate country music greats like Merle Haggard and Waylon Jennings, but we love the heavier side of rock and roll and metal, too," Cory says of his producer and mentor. "We decided to mash it all together. It's funny, because when I was growing up, my favorite records were Ozzy records. I dreamt of having that kind of production on one of my own records. Sure enough, seven years into my career, I've partnered with the producer who worked on all those albums. What a cool circle."

Full of autobiographical storytelling, guitar-driven anthems, drinking songs, and breakup ballads, Cory Marks's songs are rooted in the influence of his hometown, where he grew up surrounded by the salt-of-the-earth residents of North Bay, Ontario. It was there where he began playing drums at ten years old. Whenever he wasn't banging along to songs by DEEP PURPLE, Ozzy Osbourne and RUSH, he was listening to his parents' country records, developing a deep appreciation for outlaws like Waylon Jennings and Merle Haggard. Those two genres — classic country and amped-up rock — would eventually join forces in Marks's own music, earning him a string of gigs with heavyweights like Toby Keith and Brantley Gilbert along the way. 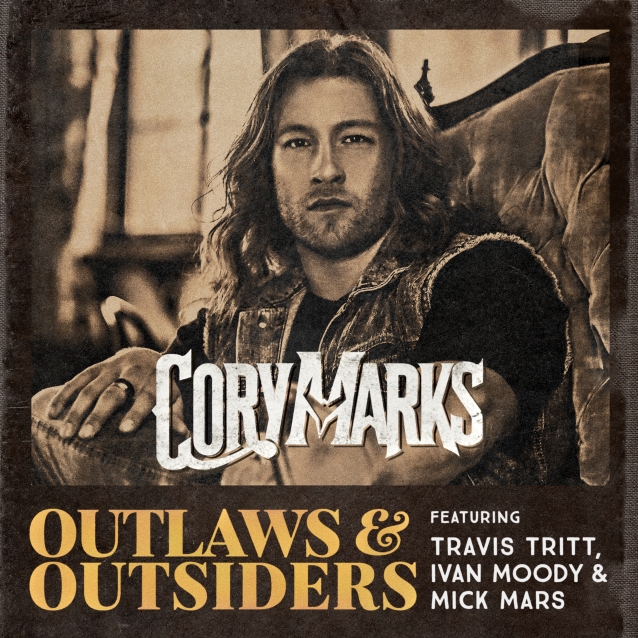