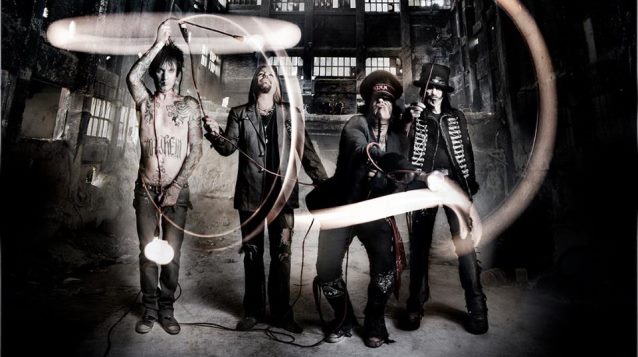 MÖTLEY CRÜE guitarist Mick Mars and bassist Nikki Sixx have confirmed to Guitar World magazine that the band is working on a new song, which Mars revealed is titled "All Bad Things Must Come To An End". "It's probably about half finished. We have to wait for Vince [Neil] to sing it, and then I'll do my soloing and ear candy all over it and stuff like that," he said.

"All Bad Things Must Come To An End" is being helmed by James Michael, the frontman of MÖTLEY CRÜE bassist Nikki Sixx's SIXX: A.M. project who produced, mixed and co-wrote CRÜE's last studio album, 2008's "Saints Of Los Angeles". Michael told Artisan News last week about the track: "As we know, the CRÜE is getting ready to hang it up. And we discussed for a while doing a final song. And that's a tall order. There was a lot of pressure on us to make sure that we did it right and that we celebrated everything that they were known for. So I think we've done it. And it's an outstanding song. I think it's gonna be an absolutely amazing way to go out swinging."

In the Guitar World interview, Mars described MÖTLEY CRÜE's musical future as "kind of vague, I guess," but confirmed that he will "absolutely" start working on a solo album at some point following the band's recently announced "The Final Tour". "I think what a lot of people may say — and I say 'may' because I don't know — is, 'This is crap,'" he said. "Or, they may say, 'Wow! I didn't know Mick could write like that! I didn't know Mick could play guitar like that!' … I play rock and roll with a blues edge to it. And my solo album will be that kind of stuff, but also I believe a lot heavier than MÖTLEY. And that's not to say there's anything wrong with MÖTLEY music, because at the time we came up we were heavy. But I want to take the next step."

Regarding MÖTLEY CRÜE's plans for the upcoming tour, Sixx said that the band's setlist will include all the hits the CRÜE fans have come to love and expect to hear at the group's shows. "I mean, if you went to see AEROSMITH for the last time and they skipped 'Dream On'? You'd be fucking pissed," he explained. "It will be a celebration, but at the same time I don't want to live off the MÖTLEY CRÜE legacy. I want to be proud of what we've done as a band and then also look forward to new things."

Sixx in January said that that it's unlikely that the band will release another full-length album of new material and will instead make select tracks available via special projects in order to maximize their impact. Sixx told the Rapid City, South Dakota radio station 95.1 KSKY: "We have music written, [but] it's not put together yet." He added: "It's hard, to be honest with you, to spend six [or] nine months to write eleven songs — all those lyrics… everything… the vocals, the guitars, the bass, the sonics, the mixing, the mastering, the artwork… You put it out and nothing [happens], because now people cherry-pick songs. So we go, 'Why don't we write songs and find vehicles to get one, two or four songs to ten million people rather than eleven songs to a hundred thousand people. That's how we're thinking. I don't know if it's right or wrong, but that's how we're thinking."

Written when the group was together during their residency in Las Vegas in February 2012, "Sex" was the first studio track from the CRÜE since their June 2008 release of "Saints Of Los Angeles". 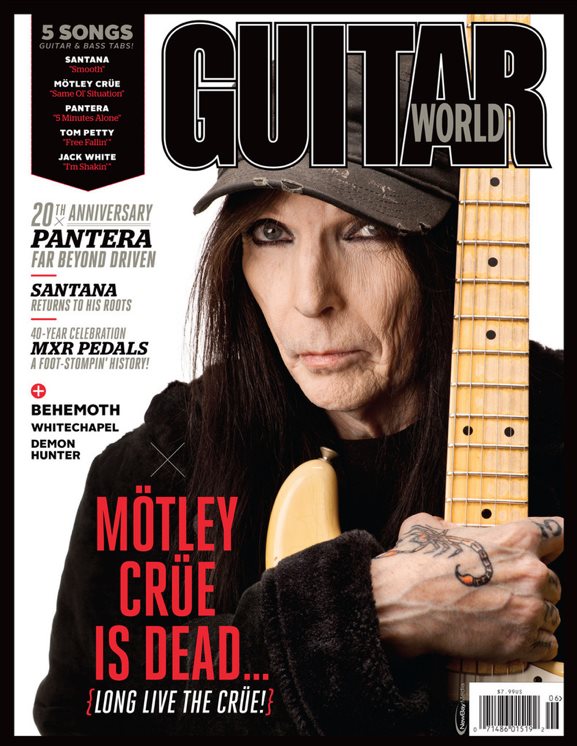