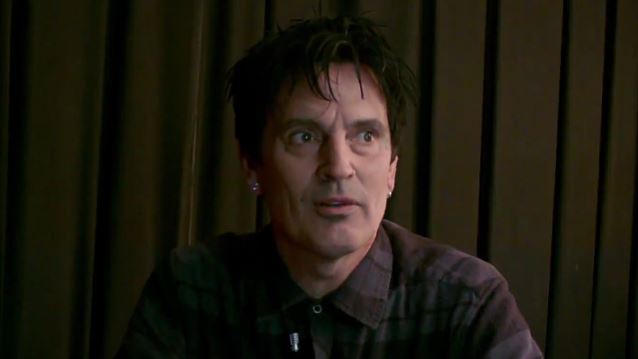 Following news that Ron Bension, the president of House Of Blues Entertainment at Live Nation, and former chairman and CEO of MCA/Universal Studios Recreation Group, has joined SeaWorld's board of directors, iconic MÖTLEY CRÜE drummer Tommy Lee — a longtime SeaWorld foe — sent a letter on PETA's behalf this week asking Bension to urge the company to follow the National Aquarium's lead and build coastal sanctuaries for the animals currently held captive at its theme parks.

"I'm glad that SeaWorld has stopped jacking off orcas since my appeal, which came before the release of 'Blackfish'. But for the 29 orcas and countless other animals who are still being kept in tiny tanks, it's the same ol' situation," writes Lee. "Please, save the orcas and your reputation by urging SeaWorld to build sanctuaries where these animals could feel ocean currents, hear wild pods, and still be cared for as long as they need."

PETA's motto reads, in part, that "animals are not ours to use for entertainment."

Tommy Lee's full letter on PETA's behalf can be seen below.

SeaWorld has been losing favor with the public ever since the documentary "Blackfish" — starring a quartet of former SeaWorld employees — raised questions about the marine park's treatment of its animals and the safety of its staff.

"Even in my wildest days with MOTLEY CRUE, I never could've imagined something so sick and twisted." 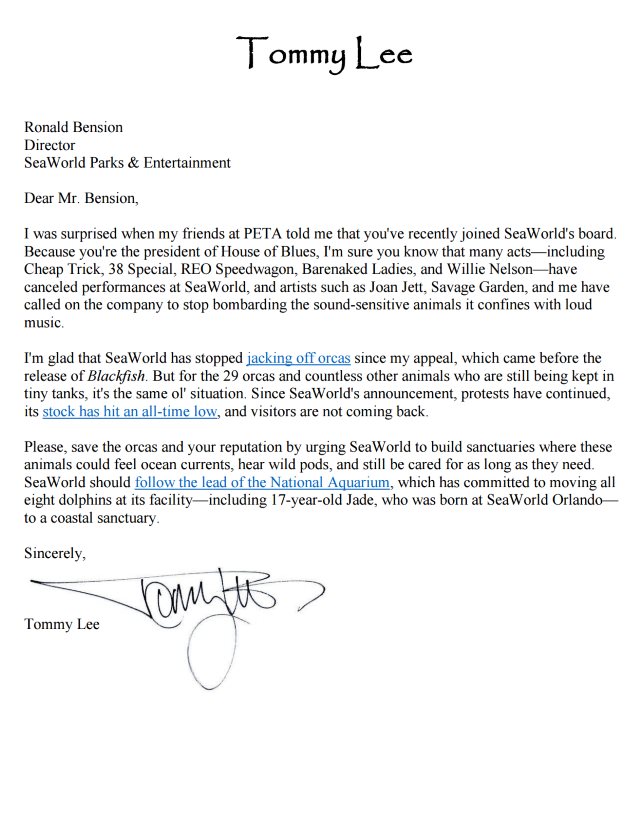