Due to the incredible demand, MÖTLEY CRÜE has added a third show at Staples Center in Los Angeles on December 28. Fan club and VIP pre-sale begins tomorrow morning, February 24 at 10 a.m. Tickets go on sale this Saturday.

MÖTLEY CRÜE's "The Final Tour" kicked off last year and will end New Year's Eve at the Staples Center in Los Angeles after one more round of North American gigs. Because of higher ticket demand, some cities will see them twice. CRÜE said in a statement, "In some of the cities, we could only reach a fraction of the fans who wanted to come see us play last year, so we're coming back to those places."

Legendary rocker Alice Cooper will open all the shows. 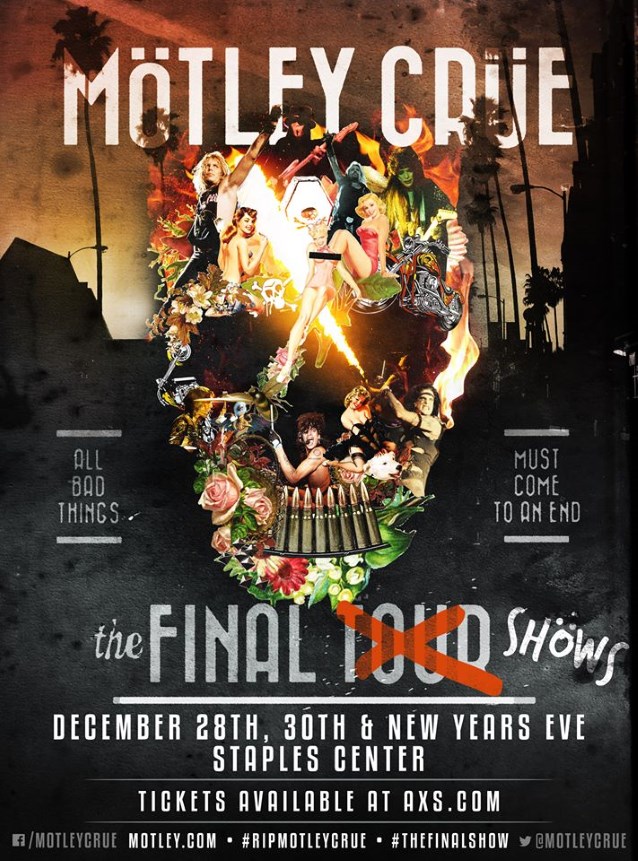