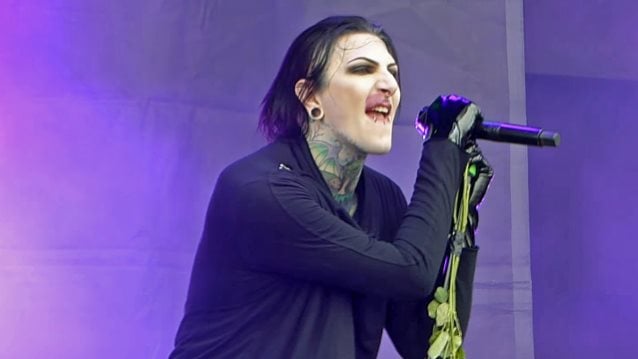 MOTIONLESS IN WHITE frontman Chris "Motionless" Cerulli introduced the track by telling the audience (see video below): "So this is usually the part of the show every day where we like to play a cover song by a band that we really love. And, you know, we're still gonna do that, but in light of the very, very, very tragic news yesterday about Chester from LINKIN PARK, in light of that very sad news, we're gonna do something a little bit different today than we have done in a quite a while.

"I don't think, to our fans, it's been any secret that LINKIN PARK has been a very strong influence on our band and our material over the past couple of years," he continued. "LINKIN PARK has meant a lot to a lot of us in this band. One of the first bands in this genre that I ever heard that got me into a lot of the bands that came after. I owe a lot to the album 'Hybrid Theory' as a person, and I know it means a lot to these guys in this band. And not just 'Hybrid Theory', but I'm talking about a lot of albums that followed — all amazing materpieces by LINKIN PARK. Make some fucking noise for them right now."

Chris added: "It really does suck to see so many amazing musicians dying off, watching them, having to say goodbye time and time after again. This one really fucking me hard. So we would like to play a song right now to honor Chester and LINKIN PARK. Before we do, though, I do have to say that if anyone out there is struggling with the same thoughts, the same issues, please do not make the same decision. Reach out to your friends, reach out to your family, go to your favorite bands' social pages and reach out to some other fans of the same bands you love.

"If there's something that I've learned in eleven years of touring, especially last summer, it is that there are a lot of fucking people that are just as much of a fan of another band as you are that are willing to reach out and help you through your personal shit. And I need every fucking one of you to be there for each other every single time that hand extends. Don't make the same decision.

"This one is for LINKIN PARK. Sing it with us so fucking loud that wherever he is, Chester can fucking hear us. This song is called 'One Step Closer'."

The LINKIN PARK frontman's body was discovered Thursday morning (July 20) by an employee at the musician's Palos Verdes Estates home.

The 41-year-old's body was hanging from a belt on a bedroom door inside the house in the 2800 block of Via Victoria, Ed Winter, spokesman for the L.A. County medical examiner-coroner, said on Friday. A half-empty bottle of alcohol was found in the room, though it was not near his body, Winter said.

A suicide note was not found, Winter said.

Winter said an autopsy was pending, and that toxicology tests were also likely to be carried out.

MOTIONLESS IN WHITE is continuing to tour in support of its latest album, "Graveyard Shift", which came out in May. 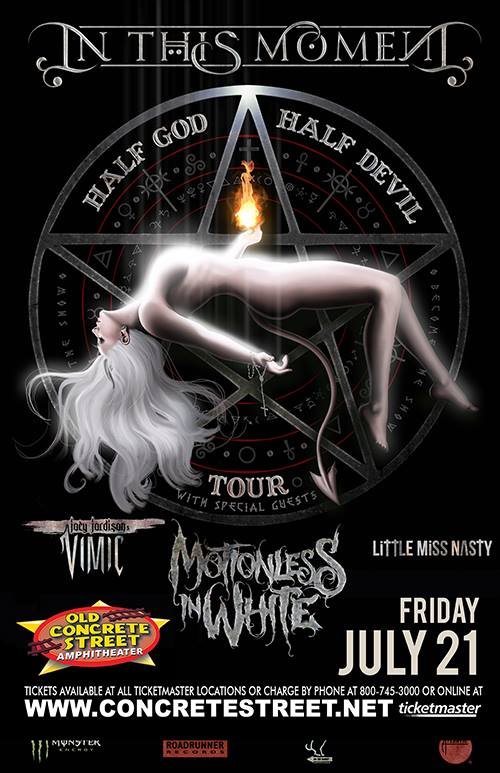