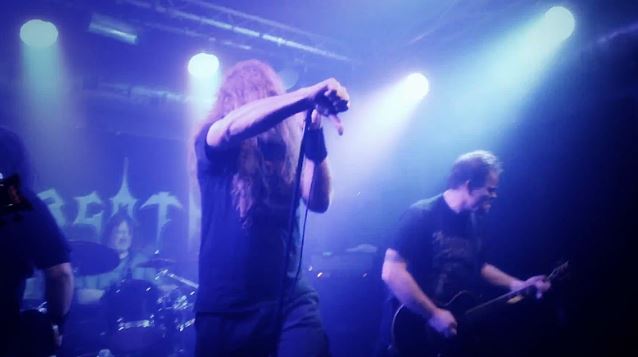 "Voice Of Slumber", the new video from German death metallers MORGOTH, can be seen below. The clip was directed by Dirk Behlau of Pixeleye Interactive, who who has previously worked with such bands as ARCH ENEMY and SICK OF IT ALL. The song is taken from the band's new studio album, "Ungod", which will be released on April 7 in North America via Century Media. The CD will contain 11 tracks of dark and dismal death metal, combining the untamed ferocity of MORGOTH’s infamous EPs with the atmospheric density of the band’s two legendary full-length efforts, "Cursed" and "Odium".