Death metal veterans MORBID ANGEL and AUTOPSY are among the first confirmed bands for next year's edition of Maryland Deathfest, set to take place May 25-28, 2017 in Baltimore.

If you don't get one of these before they sell out, more four-day passes will be released at a later date.

MORBID ANGEL is preparing to enter the studio to begin work on its first album since the departure of bassist/vocalist David Vincent and return of Steve Tucker.

Vincent confirmed a year ago that he was no longer working with MORBID ANGEL guitarist Trey Azagthoth. His announcement followed the exit of drummer Tim Yeung and Norwegian guitarist Destructhor (a.k.a. Thor Anders Myhren).

AUTOPSY's seventh studio album, "Tourniquets, Hacksaws And Graves", was released in April 2014 via Peaceville Records. The CD was recorded at Fantasy Studios with producer Adam Munoz, and saw a continuation of AUTOPSY's pursuit of the ultimate in metallic horror and extremity, featuring the longstanding combo of Eric Cutler and Danny Coralles on guitars, Joe Trevisano on bass and Chris Reifert on drums/vocals. 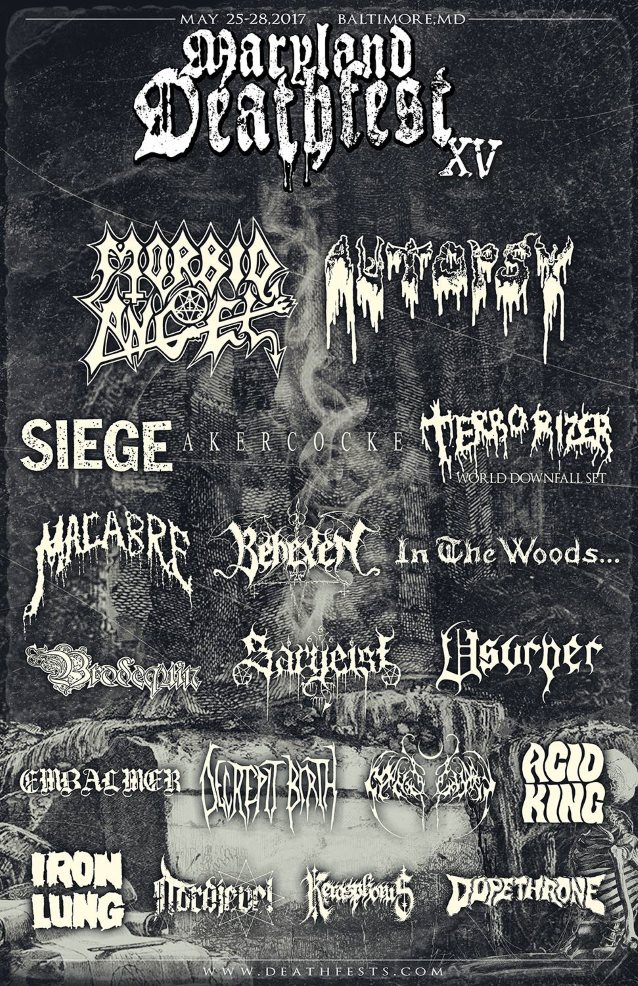