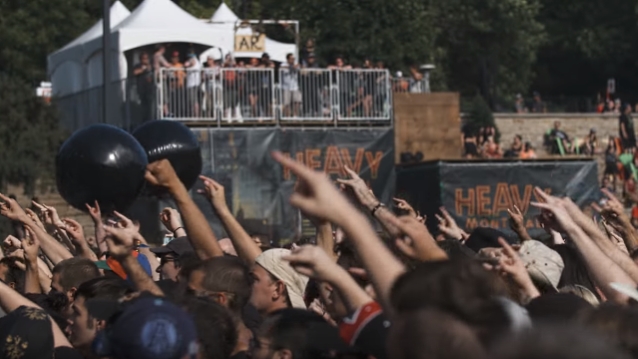 According to Global News, Montreal, Quebec, Canada has officially been recognized for its heavy metal scene.

Councillor Craig Sauvé published his motion hailed last week to have Montreal hailed as a "city of excellence" in heavy metal music. The motion was voted on earlier today (Monday, April 15) during a city council meeting and received bipartisan support.

Several well-known metal bands got their start in Montreal, including CRYPTOPSY and KATAKLYSM, and the city hosts an annual, two-day summer metal festival dubbed Heavy Montreal. The Quebec province’s most famous heavy metal outfit, VOIVOD, is from Jonquière.

"Heavy metal has been an important part of Montreal's culture for many years. That the city recognizes it is fantastic," said Nick Farkas, creator of Heavy Montreal and an executive at the concert promoter Evenko.

Sauvé told CBC Montreal 's "Daybreak" that he wanted to "celebrate the music scene locally." He explained: "There are tens of thousands of fans in the Montreal region who are devoted, who spend so much time, who practice, promote, who attend concerts. The heavy metal music that we make is really well-regarded by many people all over the world because there’s a certain technical edge that we have here."

In addition to acknowledging the important role that Montreal plays in the global heavy metal music scene, attracting bands from around the world, Sauvé believes the metal that is produced locally is unique.

"The heavy metal that comes from Montreal is a more technical brand, a more complicated brand to play," he explained. "It's not simply punky or straightforward. It's a little more complex and thought-out and composed. I think that the academic approach that we have in Montreal — the CEGEPs, the universities that all have music programs, the jazz scene — contributes to the type of heavy metal that comes from Montreal."

I caught up with @CraigSauve today. He's just got a formal declaration through city council to have Montreal officially declared a metal city. I asked him what his mother thought about all this... apparently, she's not a fan. @Global_Montreal pic.twitter.com/iOy6MJqz2Q