Boston, Massachusetts-based "aggressive punk/rock/metal" MONGREL is slated to hit the studio in the coming weeks to begin work on the follow-up to its debut album, "Fear, Lies, & Propaganda". The as-yet-untitled CD will again be released on Screaming Ferret Wreckords and will be engineered by Tim Koukos (NUCLEAR ASSAULT, MELIAH RAGE) and mixed by Jeff Wallace (BIOHAZARD, PRO-PAIN, END OF AN ERA).

"Since we recorded the last album, we've been really busy with shows throughout the Northeastern, Midwest, and Mid-Atlantic states and have expanded our fan base playing shows with the MISFITS, GWAR, OTEP, PRONG, WEDNESDAY13, Piggy D (ROB ZOMBIE bassist), Dizzy Reed (GUNS N' ROSES keyboardist), Michale Graves, etc. so we're really looking forward to finally taking the time to get back into the studio to record our next full length album and to work with Tim and Jeff to help take the recording to the next level," stated MONGREL founder Adam Savage.

MONGREL is eyeing an early summer release for the new full-length album, with an EP to precede it this spring. While no titles for either release are decided, some of the songs expected to be on the next album include "Zombies of War", "Tarnished Halo", "Stillborn Savior" and "Revisionist". More extensive touring is expected to follow the release of the upcoming album.

For more information, check out www.myspace.com/mongrel. 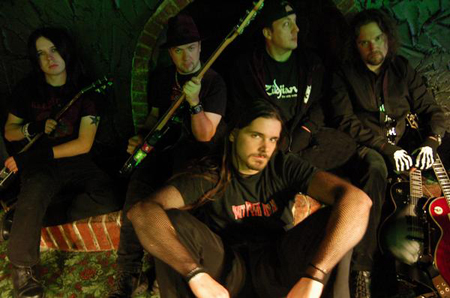