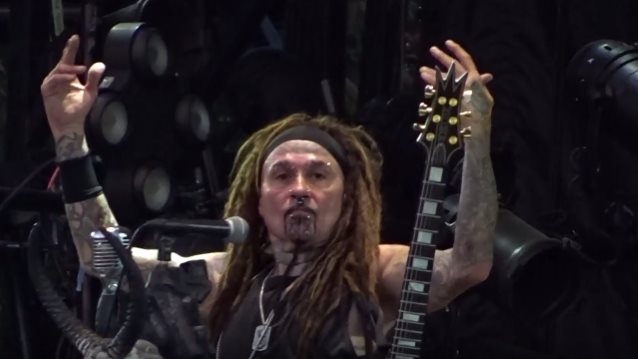 "This album, 'AmeriKKKant', will provide FEMA-type relief for the devastation 'Hurricane Cheeto' has brought upon us," stated MINISTRY mastermind Al Jourgensen.

MINISTRY played a new song called "Antifa" during the band's September 15 appearance at this year's edition of the Riot Fest at Douglas Park in Chicago, Illinois. Video footage of the performance can be seen below (courtesy of In The Loop magazine).

MINISTRY will his the road this fall with DEATH GRIPS.