U.K. noise metallers MINETHORN, who feature in their ranks Brooke Johnson of THE AXIS OF PERDITION, will release their long-awaited debut album, "Junk Hive Noir", in late April via Code666 Records.

Influenced by the likes of GODFLESH, MESHUGGAH, CANNIBAL CORPSE and VOID OF SILENCE, MINETHORN's CD contains "eight tracks of biomechanical disturbance metal like ancient alien organic machines scraping life from the face of the earth... a tale of urban isolation and paranoia."

MINETHORN draws its main inspiration from "the industrial sprawl and urban deterioration of [te hbandmembers'] native Teeside in northeast England as well as a plethora of writers and films harbor no particular spiritual, political or musical alliances. MINETHORN simply wish to create music that is both crushingly heavy and rich with visual identity," according to a press release. 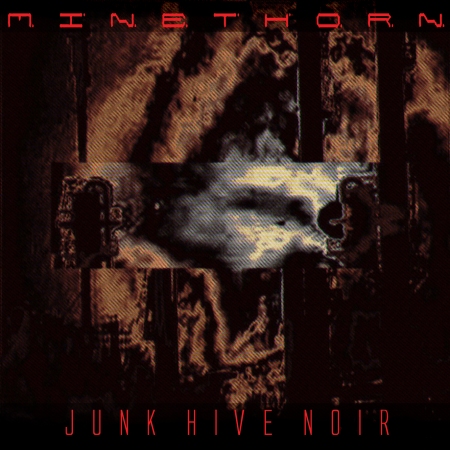