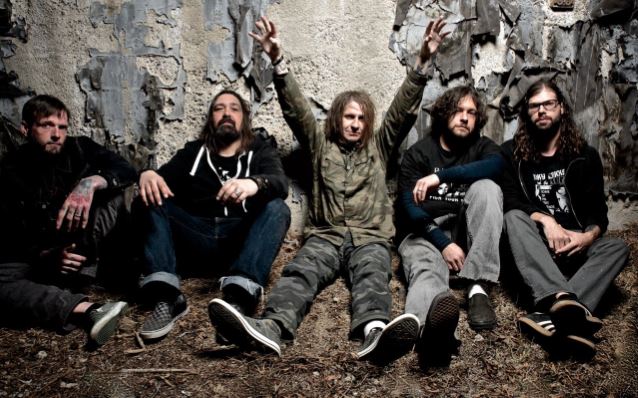 EYEHATEGOD frontman Mike Williams, who recently underwent a successful liver-transplant surgery, will perform with his bandmates in April at the Berserker IV festival in Pontiac, Michigan. The event, which will take place over two days (April 14-15) at The Crofoot, will also include appearances by GWAR, THE OBSESSED and WEEDEATER, among others.

Mike was first told that his liver was failing in December 2014 while he was on tour with his CORRECTIONS HOUSE project. His health improved in the following twelve months, but he suffered setbacks in 2015 and last year.

Williams was forced to miss more than a dozen EYEHATEGOD shows last summer and fall due to his health issues. He was temporarily replaced by Anselmo for two dates in August and LAMB OF GOD frontman Randy Blythe for eleven gigs in October. 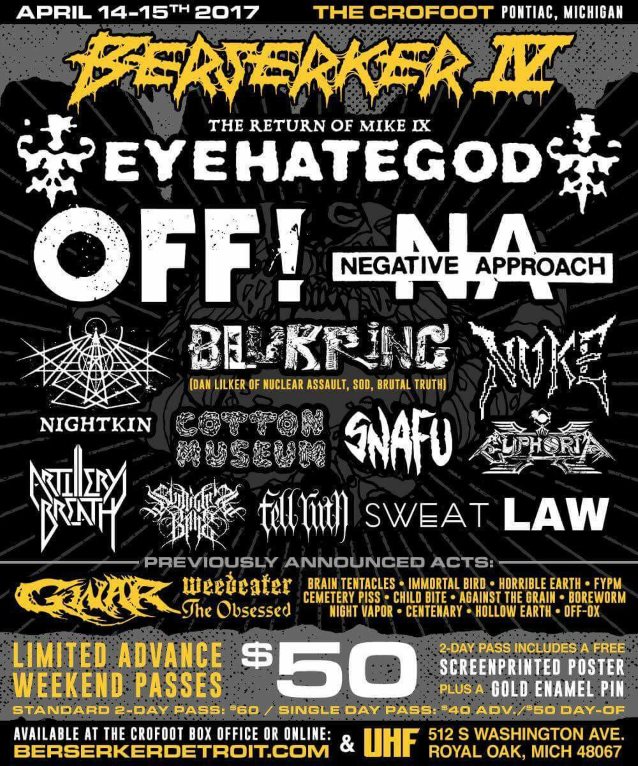