The year 2013 has been an eventful one for Mike Tramp, the former WHITE LION and FREAK OF NATURE frontman. Since the release of the praised semi-acoustic solo album "Cobblestone Street" in April, Mike has been touring constantly in all of Europe, Australia and in the States. This year alone, he has played over a hundred shows.

To close out 2013, Tramp has just released the Christmas single "The Way It Was Before", which is lot more serious than most other Christmas songs. He explains: "'The Way It Was Before' is actually a song that I have kept for many years. The song would never have been written if it haven't been for the events in New York City September 11th 2001, although it doesn't mention what happened that day.

"I experienced the tragedy from my home in Tasmania at the time and remember the emptiness and feeling of helplessness that I got.

"New York City had meant everything to me. It was where I went to live out my dream and where my American history began.

"New York City was the city that I had called my home for many, many years. I even won a New York City Music Award as best rock singer.

"September 11th changed everything. Suddenly we all had to give up part of our freedom and learn to live with the chaos and the restrictions that came with it.

"At Christmas time that year, I sat with my guitar, and it was there that the song came to me. A longing to return to the way that things used to be."

"The Way It Was Before" is available on Target Records.

Tramp said last year that he didn't believe plane crashes and resulting fires caused the collapse of the World Trade Center on September 11, 2001 and he claimed that no plane hit the Pentagon at all that day.

Tramp revealed his Twin Towers conspiracy theory during his solo acoustic show in London, England in November 2012 and later elaborated on his comments in an e-mail to Steve Mascord of Hot Metal.

"I used to pass the World Trade Center on my way to rehearsal and look up at it," the 52-year-old told fans at the Star Of Kings in Kings Cross before playing WHITE LION's 1987 hit "When The Children Cry".

"Years later, after I moved to Australia, the phone started ringing in the middle of the night. I thought, 'Who the hell is that? I'm not answering.'

"The next morning, I turned on the television and, of course, it was all there.

"What happened on 9/11, I think, will not be surpassed in my lifetime.

"I have 250 books on the subject and every DVD ever released and I firmly believe those two planes did not bring down the Twin Towers."

When Mascord e-mailed Tramp after the show and asked the singer what, in his opinion, brought down the World Trade Center, Mike responded, "That can't be answered in a short e-mail as I head to bed. But I can put it this way: it wasn't the two planes, and there are hundreds of organizations of scientist, architects, and pilots for the truth of 9/11 that say it can't be done.

"Another thing is very few people knows that at 5 p.m. in the evening, 10 hours after the two towers came down. A third building (World Trade Center 7) a 47-story building came down in nine seconds in free fall, and no plane ever hit that.

"Only when you start reading the books and get the facts can you form your own opinion; I can't do that for you.

"Maybe just start with the documentary 'Loose Change' director's cut; it's on YouTube like so many others. It's a good start.

"Also, no plane hit the Pentagon." 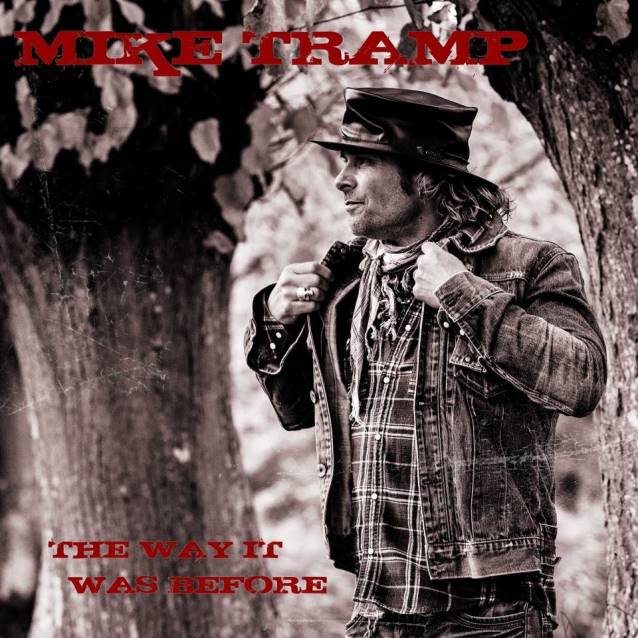